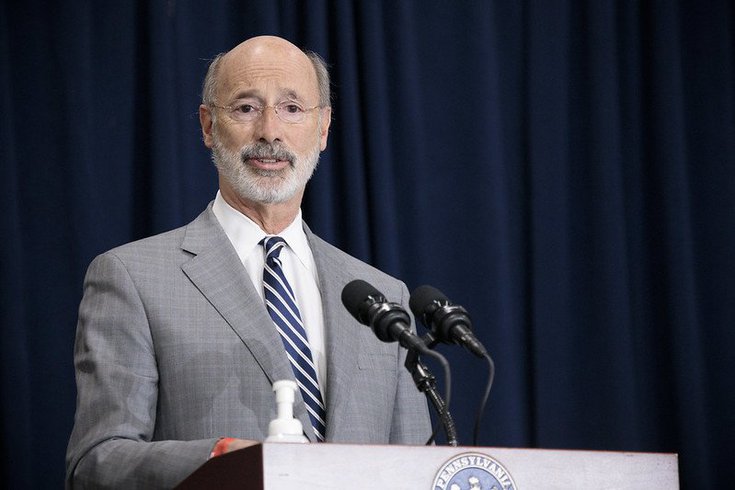 The Pennsylvania State Senate has passed a bill which would ban transgender athletes from women's sports, but Gov. Tom Wolf has promised to veto it.

A bill that would prohibit transgender women from competing on female sports teams in Pennsylvania was passed Tuesday by the state Senate.

The Republican-backed legislation would require public schools and colleges to designate their sports programs, including intramural and club teams, as male, female or co-ed based on biological sex.

The bill passed 30-20, with one Democrat – Sen. Lisa Boscola, of Northampton County – supporting it. A version passed the state House in April. But Gov. Tom Wolf, a Democrat, reiterated his plans to veto it, urging Republicans to "leave trans kids alone."

As I've said, I will veto this bill if it makes it to my desk.

During the floor debate Tuesday, lawmakers on both sides of the issue said they were standing with women. Republicans said the legislation would ensure a level playing field for cisgender women, the AP reported. Democrats argued that it would harm vulnerable, young people.

The bill also would prohibit local governments, accreditation programs and athletic organizations from hearing complaints or investigating schools that ban transgender women and girls from participating in female sports.

Students who believe they were deprived of an athletic opportunity because a team or school did not follow the law would be permitted to sue for "psychological, emotional and physical harm suffered." Schools and institutions also could file lawsuits if they suffered harm due to a violation.

In 2020, Idaho became the first state to implement a law banning transgender athletes from competing on women's sports teams, but litigation has prevented it from taking effect, the Penn Capital-Star reported. There are 13 other states, including Ohio and West Virginia, that have enacted similar laws.

And many others have considered legislation that would ban transgender athletes from playing women's sports in recent months.

The debate over the participation of transgender athletes in women's sports has received more attention in light of the success of swimmer Lia Thomas, who graduated from the University of Pennsylvania last month. Thomas became the first transgender athlete to win a Division I national championship when she took home gold in the 500-yard freestyle earlier this year.

Although Thomas has been celebrated by many, she faced considerable opposition, including within her own team. Several teammates wrote an anonymous letter saying her biological sex gave her an unfair competitive advantage.

Thomas has advocated for herself and other transgender athletes.

She noted that the NCAA's rules permitting trans athletes, which are nearly a decade old, haven't led to a wave of transgender athletes in women's sports.