The NCAA has scrapped its prior policy on transgender athletes, but its new rules will not take full effect until the 2023-24 season 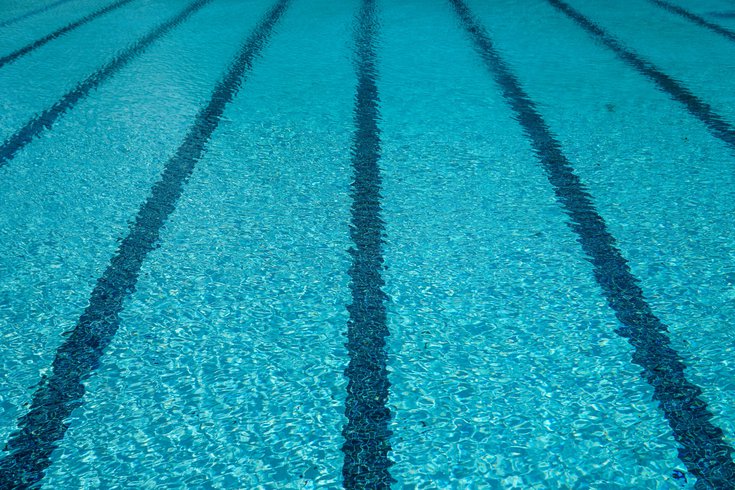 A letter penned by 16 swimmers on the University of Pennsylvania women's team says their transgender teammate Lia Thomas holds an 'unfair advantage' from a biological standpoint.

Sixteen swimmers on the University of Pennsylvania women's team have sent a letter asking Penn officials not to challenge the NCAA's new policy on transgender athletes, which potentially could prevent their teammate Lia Thomas from competing in the NCAA championships next month.

The letter states Thomas, a transgender woman who has the fastest times in two events this year, has "an unfair advantage" over the competition. Thomas spent three seasons swimming on the men's team before completing her transition in 2020 and joining the women's team this year.

"We fully support Lia Thomas in her decision to affirm her gender identity and to transition from a man to a woman," the letter states, CNN reported. "Lia has every right to live her life authentically. However, we also realize that when it comes to sports competition, that the biology of sex is a separate issue from someone's gender identity.

"Biologically, Lia holds an unfair advantage over competition in the women's category, as evidenced by her rankings that have bounced from #462 as a male to #1 as a female."

The letter was not signed. Instead, it was sent on the swimmers' behalf by Nancy Hogshead-Makar, an Olympic gold medalist and the founder of Champion Women, a nonprofit group that provides legal advocacy for girls and women in sports.

Last month, the NCAA scrapped its prior policy on transgender athletes, which was written in 2010, and instead moved to take a sport-by-sport approach. Each sport's rules are to be set by its governing body.

On Tuesday, USA Swimming changed its policy for transgender athletes performing in elite events. The new rules, which must be adopted by the NCAA, include additional requirements for swimmers who transition from male to female.

The concentration of testosterone in a transgender female swimmer's blood must be less than 5 nanomoles per liter continuously for at least 36 months before she can compete. Additionally, a panel of three independent medical experts will determine whether a swimmer's prior development as a man gives her an advantage over her cisgender competitors.

The new USA Swimming policy will not affect Thomas because the NCAA would not implement it until the beginning of the 2023-24 season, the Washington Post reported. Instead, it is rolling out its new transgender policy in three phases.

The first phase affects championships held this winter and spring, including the NCAA swimming championships in March. To qualify, transgenders swimmers must be in compliance with the 2010 policy and provide evidence of a one-time serum testosterone level below the maximum limit within four weeks of the event.

Thomas seemingly will qualify for the championships, the Post reported.

The second phase, being rolled out next season, will require swimmers to submit their testosterone levels at the beginning of the season and six months later. The third phase will incorporate the USA Swimming policy.

Thomas has dominated her competition, though her times are slower than what she clocked before transitioning. She has the top times in the 200-meter freestyle and the 500m freestyle, and is favored to win those events at the NCAA championships.

In December, Thomas told SwimSwam that she realized she was trans during the 2018 summer, but did not begin her transition until the following spring:

"I was struggling, my mental health was not very good. It was a lot of unease, basically just feeling trapped in my body. It didn’t align.

"I decided it was time to come out and start my transition."

She began hormone suppression therapy in May 2019 and spent her junior season swimming on the men's team. She described that experience as "very awkward" because she was "basically a woman competing in a men's meet."

The Ivy League canceled its 2020-21 season, postponing Thomas's final year of eligibility to this season.

The letter from her Penn teammates, publicized Thursday, came several days after another set of anonymous teammates released letter in "full support" of her. That letter was written in response to a teammate telling Fox News that Thomas held a "monumental" advantage.

A Penn spokesperson told ESPN it represented the views of "several" team members.

"We value her as a person, teammate and friend," it read. "The sentiments put forward by an anonymous member of our team are not representative of the feelings, values, and opinions of the entire Penn team."