Which current Flyers players are most likely to be future NHL All-Stars? 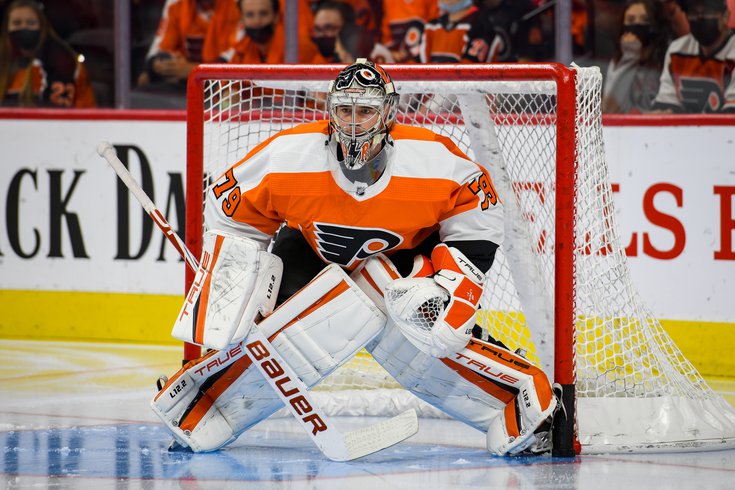 The NHL All-Star festivities are underway as the best of the best around the league showcase their skills in Las Vegas.

Claude Giroux is representing the Philadelphia Flyers for the seventh time in his career, which is tied with Bill Barber for the second most in franchise history.

Outside of Giroux, the Flyers currently have no other player on its roster who has represented the team in the All-Star Game. Absent last season due to the pandemic, the Flyers have only sent two other players not named Giroux to the all star game since 2014: Wayne Simmonds and Jake Voracek.

With Giroux potentially on his way out come the trade deadline, the second longest-tenured Flyers player in team history leaving would create an opening for someone else to represent the team come next year's spectacle.

Who could that be?

Let's dig into the most likely All-Star candidates on the current roster moving forward starting next season and well beyond.

The 'Most Likely Within 1-3 Years' Tier

At 23 years old, Hart is among the top young goalie talent around the league. He’s had unfortunate circumstances surrounding him the last two seasons, namely having poor play in front of him, but don't let that take away any of the shine that encapsulates Hart.

The Flyers haven't had an All-Star goaltender since Roman Cechmanek in the 2000-01 season, and prior to that Ron Hextall in the late 80s. Hart figures to end that drought at some point in his career and likely within the next few seasons. Hart’s numbers aren't too far off from Tristan Jarry & Frederik Andersen, who are the Metro representatives between the pipes.

Atkinson was among the "Last Man In" candidates this season so it's not far off to think he has a real shot to be the Flyers' next All-Star in a post-Giroux world.

The event really loves to spotlight its offensively-gifted players and there's no question that Atkinson fits that bill. His 36 points and 17 goals both pace the Flyers past the midway point, begging the question why wasn't he in Vegas with Giroux?

He has some tread on his tires, but as long as Atkinson is in the orange and black he'll have a shot at being selected among the game’s best, as he was twice with the Columbus Blue Jackets (2017, 2019).

Couturier actually has been a part of the All-Star festivities before, just not as an actual All-Star. He participated in the Breakaway Challenge back in the 2011-12 season. The Selke Trophy winner is still vying for his first ever selection.

Injuries have dampened his season and for some fans, his outlook as part of the team’s future. Will Couturier ever return to his dominant two-way form?

It's a lingering question that won't be answered until he returns — potentially not until next season — and proves he can stay healthy. If he does, though, Couturier has as good a shot as any current Flyers player to make the game within the next three years.

The most surprising name on this list considering who else makes up the young core, York has only played 16 career games at the NHL level. Yet, the 21-year-old has looked comfortable, especially in the 13 games this season, and has shown rising confidence with each passing performance.

Making an All-Star Game as a defenseman is extremely challenging considering the current format calls for just two blue liners per division. Putting up offensive numbers certainly helps get the attention of the voters, but it's not a requirement (see Adam Pelech and his 12 points earning the nod this season).

For York, the path will be tough with New York’s Adam Fox poised to be a staple in the event for a long time, but there's a very real possibility York could turn out to be the best player on the Flyers within the next 3-5 years. And if that's the case, he’d have a real shot at being the team’s selection.

MORE: NHL trade rumors: A ton of teams are interested in Flyers captain Claude Giroux | NBC Sports walks back plans for streaming service for Phillies, Sixers, Flyers games | Flyers front office is ‘sick’ over struggles, says ‘everything is on the table’

He very well could fit in the above group, and if Atkinson isn't a part of this team moving forward, he’d take his spot as the most likely forward from this current group to earn an All-Star nod.

Farabee can score goals. There's no debating that. What could diminish his chances of representing the Flyers over the next three years — thus why he isn't in the above group — is being overshadowed by Atkinson and Couturier, assuming the latter returns to his old form for a few more years.

The ability he has to score, especially in a world where Giroux isn't on the team, gives Farabee plenty of chances to earn the honor at some point in his career. He may need to wait around for Giroux, Atkinson and Couturier to move on before representing the team however.

As mentioned with York, it's really difficult making the current All-Star Game as a defenseman. In Provorov's case, any defenseman that bolsters a top pairing has the attention of voters.

The problem for Provorov is he's proven to be partner-dependent, not a threat on the power play and doesn't light up a score sheet the same way someone like Fox does. Basically, he lacks the “flash” that sometimes is prioritized when it comes to this event.

He could certainly regain form with a healthy Ryan Ellis alongside him next season and all of the qualms about him could be put to rest. Even so, he'd need to do something extraordinary to make it as a defenseman, something a Flyers player has done just twice since 2000 (Kimmo Timonen, 2x).

His play dating back to the start of the last season has left many fans wondering what happened. He has just 19 goals over those 93 games after putting up back-to-back-to-back 24-goal campaigns following his rookie season.

With Konecny, making his name known isn't an issue. He's a big personality on the ice so he checks off the popularity box when it comes to this event. For him to make an All-Star Game, he really just needs to tap back into his goal-scoring ways from seasons prior and link that up with his improving distribution game.

It's not unimaginable to see Konecny, soon to turn 25 next month, putting it altogether and it showing in the box score. For him, time may be an issue as his contract is pretty hefty and he could be a piece the organization looks to flip as part of a rebuild.

The 'Long Way to Go But Let's Hope' Tier

He has the skills to be an electric player. What's caused some discourse when talking about Frost is that it always doesn’t come together on the ice at the NHL level. Now with 48 games under his belt, Frost has only found the back of net four times an has just 14 points. Seven of those have come in the 26 games this season following his surgery.

There's plenty of reason for optimism around Allison. What halts much of that excitement, though, are the injuries and the fact that it's always something different of his getting banged up. Among the guys in waiting, Allison has as good of a shot on net as any of them, and his goal-scoring prowess and power play potential is exactly what goes over well in the All-Star selection process.

Let's be honest: are any of those five likely to make an All-Star Game if they're all still here over the next few seasons?

It's unlikely to say the least.

Hayes would likely have the best shot due to name recognition if he were to get hot over the first half of a season. He'd need A LOT of things to go right, such as is the case for all of the names on this list.