Gov. Tom Wolf is expected to veto the legislation if the Republican-controlled legislature sends it to his desk 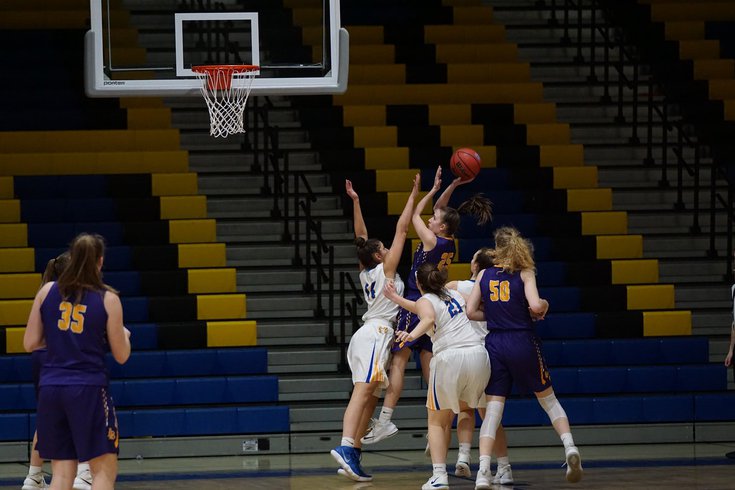 The 'Fairness in Women's Sports Act' would require public schools and colleges to designate their sports teams based on biological sex. Gov. Tom Wolf has vowed to veto it.

Legislation that would prohibit transgender women from competing on female sports teams in Pennsylvania took a step forward Tuesday when the state House of Representatives approved the measure.

The Republican-sponsored bill passed the House largely along party lines by a vote of 115-84. The legislation, formally known as the "Fairness in Women's Sports Act," will now head to the Senate for consideration.

But Gov. Tom Wolf, a Democrat, previously vowed to veto the measure if it reaches his desk.

The bill would require public schools and colleges to designate their sports teams, including intramural and club teams, as male, female or coed based on biological sex.

It also would prevent local governments, accreditation programs and athletic organizations from hearing complaints or investigating schools that ban transgender women and girls from participating in female sports.

Students who believe they were deprived of an athletic opportunity because a team or school did not follow the law would be able to sue for "psychological, emotional and physical harm suffered." Schools and institutions also would be allowed to file lawsuits if they suffered harm as a result of a violation.

Rep. Brian Sims, a Democrat from Philadelphia and co-chair of the House LGBTQ+ Caucus, called the measure "a radical bill that only hurts Pennsylvania's children."

"Trans kids and anyone questioning their identity are deserving of every opportunity allowed to their cis counterparts," Sims said Tuesday. "They deserve to grow up and live in a world that accepts them and supports them. This bill is dangerous and discriminatory to trans and cis girls alike."

Rep. Malcolm Kenyatta, a fellow Democrat from Philadelphia, called the bill "pathetic" during his remarks on the House floor Tuesday.

The legislation was introduced in April 2021 by several GOP lawmakers. Rep. Barb Gleim, a Republican from Cumberland County and lead sponsor of the bill, said Tuesday that the effort "is about supporting biological women and their right to play sports on a competitive playing field."

She also has argued that allowing transgender athletes to compete on women's sports teams qualifies as a Title IX violation.

The measure passed the state House Education Committee along party lines in March. Wolf's office voiced his opposition at the time.

"Any legislation designed to deny opportunities is both disturbing and dangerous," Deputy Press Secretary Rachel Kostelac said. "Transgender individuals should know that they belong, that they are valued, and that their participation in activities is welcomed."

The House LGBTQ+ Caucus decried the bill as part of a "nationwide effort to fuel a culture war over the existence of transgender people and to block their full participation in their own communities."

There are currently 13 states, including neighboring Ohio and West Virginia, that ban transgender athletes from participating in women's sports, according to the Penn Capital-Star.

The role of transgender athletes in female sports has garnered more attention in the wake of University of Pennsylvania swimmer Lia Thomas' success this year. Thomas previously swam for Penn's men's swimming team before joining the women's team this season after completing her transition.

Thomas broke six records and won three individual events at the Ivy League Championships in February. She then won the 500 yard freestyle at the NCAA Championships last month, becoming the first transgender athlete to capture a Division I national championship.

The NCAA's policy states the organization will follow the rules set by a particular sport's national governing body. USA Swimming adopted new requirements for swimmers who transition from male to female, but the NCAA will not fully implement them until the 2023-24 season.

The Pennsylvania Interscholastic Athletic Association, which governs high school sports in the state, leaves such decisions regarding the participation of transgender athletes up to individual schools.