A group of eighth graders from Newtown, Bucks County, started the movement started the push last year and 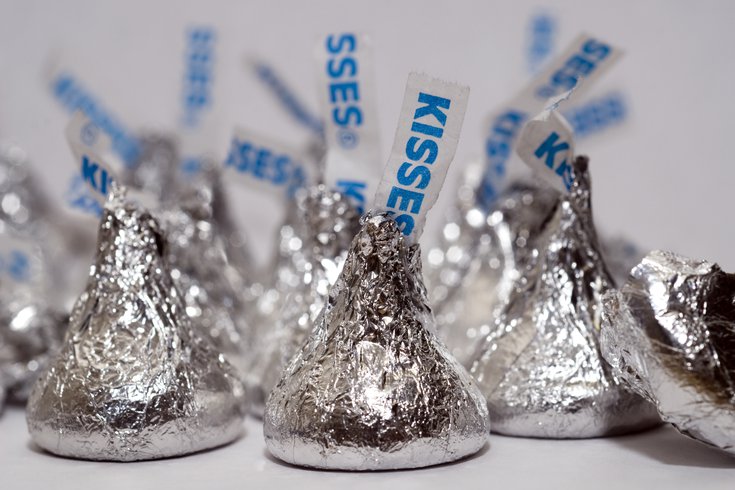 After more than a year, the effort by a group of Newtown,  Bucks County students to make Hershey's Kisses the state candy of Pennsylvania is making progress in Harrisburg

Legislation that would establish the popular chocolates as the official sweet took a step forward Wednesday when the Senate's State Government Committee voted almost unanimously to move the bill to the full chamber for consideration.

The 11-member committee voted 10-1; the only dissenting vote was cast by Sen. Dan Laughlin. The Republican legislator, who represents Erie County, cited his no vote on the number of chocolatiers based in his district and encouraged lawmakers to continue discussing what the state candy should be.

Democratic Sen. Maria Collett, who represents parts of Bucks and Montgomery counties in Harrisburg, is a co-sponsor of the bill.

"Hershey's Kisses have become an iconic candy not only in Pennsylvania, but around the world, and their production has a profound impact on the commonwealth's economy – from our dairy industry to manufacturing to retail," Collett said. "It's only fitting that this sweet treat becomes our official state candy."

The effort to make Hershey's Kisses the state's official candy began in January 2021 in an eighth grade social studies class at Newtown Middle School. It started as a project to help students learn about and engage with the legislative process.

"In a time when civic involvement is so crucial, the value of showing kids they can be involved, have a voice and make an impact, however small, is vital," Loughran told the Pennsylvania Capital-Star.

Over the past year, the students met with state lawmakers from both parties and Hershey executives in order to garner bipartisan support for the legislation.

The proposal officially became a bill last November when Rep. Tom Mehaffie, whose legislative district includes Hershey, introduced the measure on the floor of the House. The GOP legislator, whom the students initially reached out to last year, said at the time that Hershey's Kisses "fit perfectly with the image of this great state."

"I believe that denoting the Hershey Kiss as the state candy will not only bring more attention to our state but also commemorate a company and candy that has forever impacted our state's economy and values," Mehaffie said.

Collett, along with Sens. Steven Santarsiero (D-Bucks County) and John DiSanto (R-Dauphin and Perry counties), introduced the measure as a companion bill in the Senate in February. The bill was then referred to the State Government Committee in March.

The students, all of whom now attend Council Rock North High School, were able to attend Wednesday's committee session when the bill was passed and sent back to the full Senate.

The bill requires approval from both houses of the Pennsylvania General Assembly and Gov. Tom Wolf's signature to become law. The legislation is currently sitting in the House's State Government Committee and has yet to be considered.

Hershey's Kisses were first made in 1907 at the company's Derry Township, Dauphin County factory located just outside of Harrisburg.

Milton Hershey trademarked the term "Hershey's Kisses" in 1923 at a time when "kiss" was a common term for a small piece of candy.

The chocolates have gone on to become one of Hershey's most iconic brands, having been sold in roughly 85 countries around the world. More than 70 million Hershey's Kisses are still made in Pennsylvania everyday, using dairy milk from nearby farms to create the chocolate.

From Hershey's chocolate to Peeps, Pennsylvania is the home of many iconic delectable treats. The state has the third-largest candy industry in the country, according to a report issued last year by the National Confectioners Association.