In an interview with 'Good Morning America,' the groundbreaking athlete stressed that 'trans women are not a threat to women's sports' 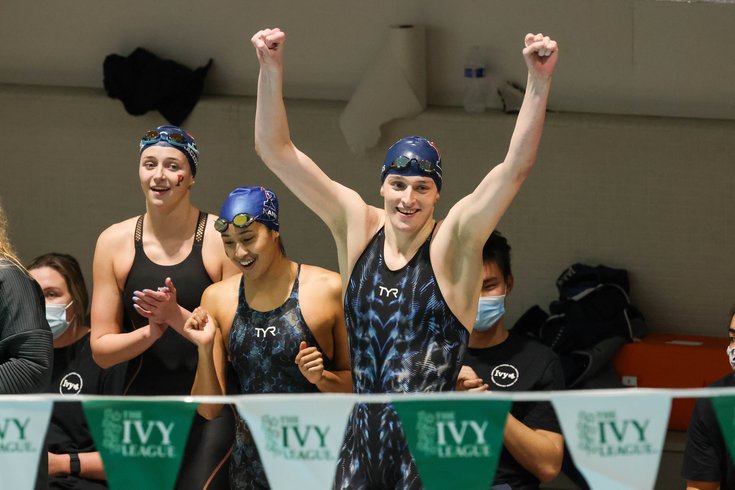 Former Penn swimmer Lia Thomas stressed that transgender women should be permitted to compete in women's sports during an interview with Juju Chang on "Good Morning America."

After blazing a trail for transgender athletes in the NCAA, Lia Thomas seeks to continue her swimming career by competing for a spot on the U.S. Olympic team.

Thomas, who earned a gold medal in the women's 500-yard freestyle at the NCAA Championships, shared her goal during an interview that aired Tuesday on "Good Morning America."

"It's been a goal of mine to swim at Olympic trials for a very long time, and I would love to see that through," Thomas told Juju Chang.

Thomas's swimming accomplishments placed her at the center of a national debate over transgender athletes and competitive fairness. Her dominance also caused division within the Penn team. Earlier this year, a group of teammates wrote an anonymous letter saying Thomas had an unfair advantage over the competition. Another set of teammates responded with a letter offering their support.

Thomas addressed the issue in her interview with Chang, reiterating that she deserved to compete as a woman.

"Trans people don't transition for athletics," Thomas said. "We transition to be happy and authentic and our true selves. Transitioning to get an advantage is not something that ever factors into our decisions."

The seven-minute segment delved into Thomas's childhood in Austin, Texas, where she fell in love with swimming at age 4.

EXCLUSIVE: "Trans people don't transition for athletics. We transition to be happy and authentic and our true selves."

Penn was her dream school, but Thomas said she was depressed during her first years there due to gender dysphoria. But she worried about how transitioning before her graduation would affect her standing in the university and the NCAA.

"I wasn't sure if I could continue swimming," she said. "That's part of what kept me from transitioning for so long."

Thomas began the transitioning process in 2019 after her sophomore season. She joined the women's team last fall, the start of her senior season.

Chang was sympathetic to Thomas' plight, but she also asked the swimmer if the "legacy effects of testosterone" give her an advantage and if that's unfair to her cisgender competition.

"Trans women are not a threat to women's sports," Thomas said.

She noted that there's great variation in body types among cisgender athletes and that her strength and lap times suffered significantly after she completed hormone replacement therapy.

"I'm not a medical expert, but there's a lot of variation among cis female athletes," Thomas said. "There are cis women who are very tall and very muscular and have more testosterone than another cis woman, and should that then also disqualify them?"