Dr. Thomas Farley opted to cremate the remains instead of returning them to the family 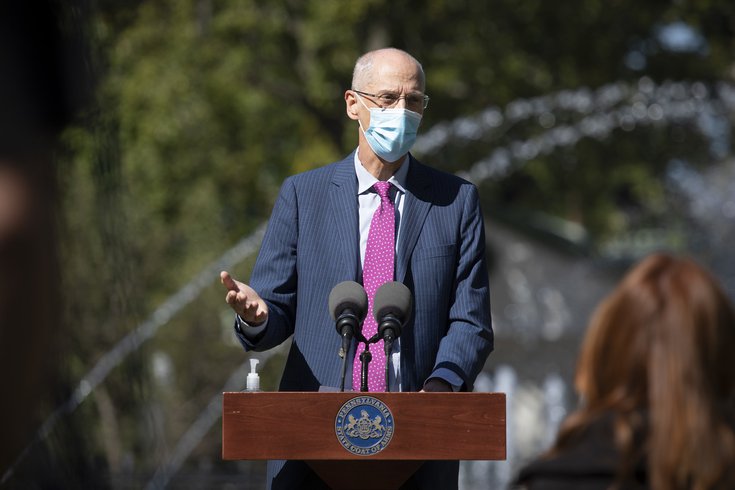 Dr. Thomas Farley resigned as director of the Philadelphia Health Department after admitting he had authorized the cremation of the remains of the victims of the 1985 MOVE bombing that had been discovered in his office. The remains had not been identified nor had the families of the victims been contacted prior to the cremations.

Philadelphia Health Commissioner Dr. Thomas Farley submitted his resignation Thursday amid an ongoing probe into the disposal of human remains from the 1985 MOVE bombing.

The unexpected news came on the 36th anniversary of the deadly bombing in West Philadelphia. During the infamous siege of the Black liberation group's compound, police dropped C4 explosives onto the property from a helicopter, destroying dozens of row homes and ravaging the communal family of the group's founder, John Africa. Eleven people died, including five children.

Mayor Jim Kenney said he learned Tuesday afternoon that Farley inappropriately approved the cremation and disposal of the MOVE victims' remains in 2017 without notifying the Africa family. The Philadelphia Medical Examiner's Office had held onto the remains in the decades since the bombing and brought them to the attention of the health department.

Kenney said his administration was unaware of what transpired, but would have handled the situation differently had he been informed that the remains were located in storage.

The city has hired the lawfirm Dechert to conduct an investigation into the issue. It will seek to determine how many MOVE bombing victims were cremated in 2017 and the circumstances that informed Farley's decision not to consult surviving relatives.

"We need to address this," Kenney said. "It has been years now that this family has been abused and not listened to and not taken seriously. Their wishes were never taken into account."

City officials did not say what was done with the cremated remains or where they may be located.

Kenney met with members of the Africa family earlier Thursday to apologize for the handling of the remains. He described the meeting as "very emotional on many levels" and said he promised them "full transparency" throughout the investigation.

Kenney said it was the family's decision to publicly disclose Farley's actions and resignation on the anniversary of the bombing. He said Farley's actions underscore "36 years of insensitivity" to the MOVE victims.

In a statement issued before addressing the press, Kenney issued an apology to the Africa family and MOVE members for the way "administration after administration has failed to atone for the heinous act on May 13, 1985 and continues to dishonor the victims."

He said city officials were planning a meaningful way to commemorate MOVE and would unveil their plans in the weeks to come.

The MOVE bombing escalated out of tension from an armed protest of the incarceration of nine MOVE members, all of whom were sentenced in the 1978 murder of Philadelphia police officer James Ramp.

Farley, 63, took over as Philadelphia's health commissioner in 2016. He has been the public face of the city's COVID-19 response and has had full backing from Kenney throughout the pandemic, even as the health department faced heavy scrutiny for its botched vaccine partnership with Philly Fighting COVID earlier this year.

Farley disclosed his actions to Eva Gladstein, the city's deputy director for health and human services. He offered his resignation upon request.

Managing Director Tumar Alexander said he was not at liberty to discuss the thought process Farley followed in making his decision to cremate the remains. Farley is expected to issue a statement later Thursday.

A national search for a new health commissioner will begin immediately, Kenney said. The city does not expect the transition period to significantly impact Philadelphia's ongoing COVID-19 vaccination efforts.

Farley's role in the disposal of remains comes to light after the University of Pennsylvania and Princeton University both apologized for housing bones belonging to an unidentified MOVE bombing victim in the Penn Museum for decades. The child's remains were used for instruction at Princeton and Penn, where President Amy Gutmann has hired an outside investigator to determine how the "insensitive, unprofessional and unacceptable" use of the remains could have been allowed.

Kenney said the Penn remains and investigation are separate from what took place under Farley's lead. City officials would not speculate about whether that investigation may have prompted the information about the cremation of remains to resurface this week.