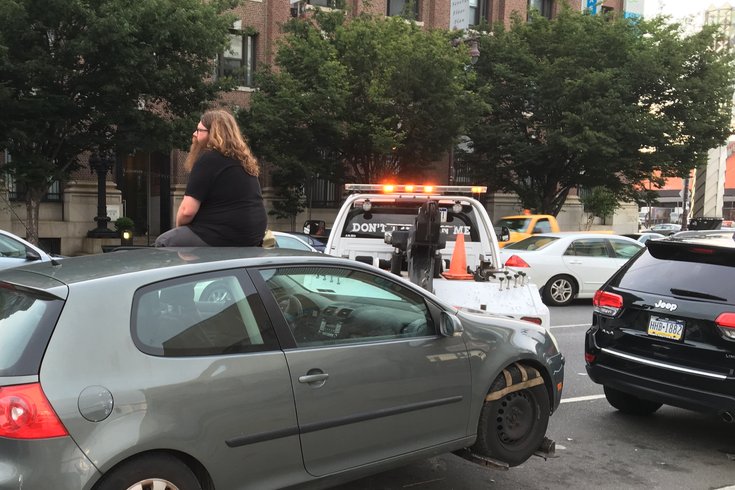 Philadelphia City Council passed a bill, 15-1, Thursday in an effort to stop predatory towing practices in the city, according to multiple reports.

Bill 160682, spearheaded by Councilwoman Maria Quiñones-Sanchez, requires towing companies to summon Philadelphia police or the Philadelphia Parking Authority to issue a ticket before hauling cars away.

The new law will seek to guarantee that vehicles being towed were parked illegally. But cars parked illegally at Philadelphia hospitals can be towed without police or PPA approval.

Tow truck drivers told 6ABC that the bill is unfair and punishes the towing industry as a whole, instead of punishing a handful of operators engaging in predatory towing or bait-and-trap schemes.

"How could those who do parking lot and driveway enforcement be predatory, when it's the property owner, or the management company, who is calling us to tow these vehicles," Lew Blum of Lew Blum Towing told the news station. "They have us mixed up with another part of the industry."

The big question that remains is how the city will enforce the new rule in 30 days. Truck drivers told NBC10 that they're not sure how long it'll take police to issue tickets or who even to call.

The city Department of Licenses & Inspection won't be able to handle the volume on its own, which is why the city plans on contracting with a third party.

The bill's passing comes months after numerous drivers said that they were victims of an alleged bait-and-trap towing scheme in South Philadelphia in August.

The story was similar for many – the drivers would park at a seemingly open spot on South Broad Street and Washington Avenue. But on their return, the car would be gone with a "no parking" sign from George Smith Towing suddenly in place where their vehicle had been parked.

Facebook videos posted by Chris Norman who lives above the allegedly targeted spot have documented a handful of incidents. (Warning: The video below contains profanity.)

Quiñones-Sanchez has been passionate about fighting the predatory practices – her recently passed bill was introduced in June.

"It's hard to legislate for bad actors and we know that and we're committed to working with the industry and, as a city, doing our part to come up with a better system. But in the interim, we've got to stop what we've blatantly seen, which is some folks stealing cars," Councilwoman Maria Quiñones-Sanchez told 6ABC.

A call to Quiñones-Sanchez's office were not returned Friday afternoon.