The Oaklyn Manor and other 'little places give people somewhere to come home to,' says food and beverage writer 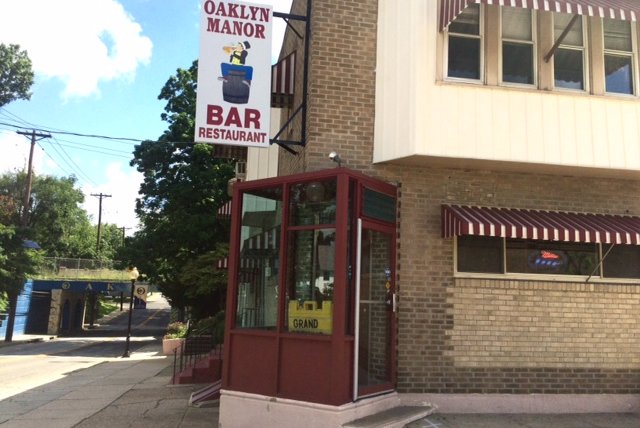 The Oaklyn Manor really is a corner bar. It is also a community anchor in the tiny, half-a-square-mile borough of Oaklyn, a town of about 4,000 residents.

In some ways, the Oaklyn Manor is just another corner taproom in South Jersey, its reopening Saturday of little note even after being closed for nearly a year.

But there's a buzz about it.

And not just in the half-square mile borough of Oaklyn, a blink-and-you-miss-it town of just over 4,000 residents.

That’s because in a more vital way, the Manor, first opened in 1933, served as a “third place,” a community space where people socialized, a safe harbor away from their home or workplace – the top two places in most people’s lives.

Think "Cheers," the place where everyone knows your name.

“It’s a physical place to revitalize what community really means,” says Joseph Russell, who works in marketing in Philadelphia, but calls South Jersey home and thinks of himself as an urbanist, concerned about the interactions of people in their environments.

Russell, who lives a town away in Collingswood, says having a place where everyone mixes, rather than self-selecting into small groups, makes a town “feel connected.”

“It’s part of the civic character of a place. People of all walks of life interact and build a sense of community. It reinforces that we all live together and depend on each other,” says Harris.

“It’s the sort of place that give a spatial dimension to what is meaningful. Oaklyn is very fortunate to have such a traditional space,” says Harris.

“These little places give people somewhere to come home to. You did not got there for the food. You went for the friends and the nostalgia.” – Robin Swan Shreeves, food and beverage writer

New co-owner Lisa Del Duke says that retaining that atmosphere – except for a deep cleaning, and repair and replacement of equipment – is vital to the bar’s rebirth as a community spot.

The menu, just finished Wednesday night, but not yet revealed, will rely heavily on fresh and house-made. But there will be some fried standards, because she thinks customers will expect them.

The extended Del Duke family lives throughout South Jersey, though general manager Allison Del Duke grew up around the corner, where her dad ran a deli. All of the family went to the same Catholic high school, Paul VI in nearby Haddonfield.

The family began talking of buying the bar as far back as 2011, says Gary Mullins, Lisa Del Duke's brother-in-law, so the wait has been along time coming. 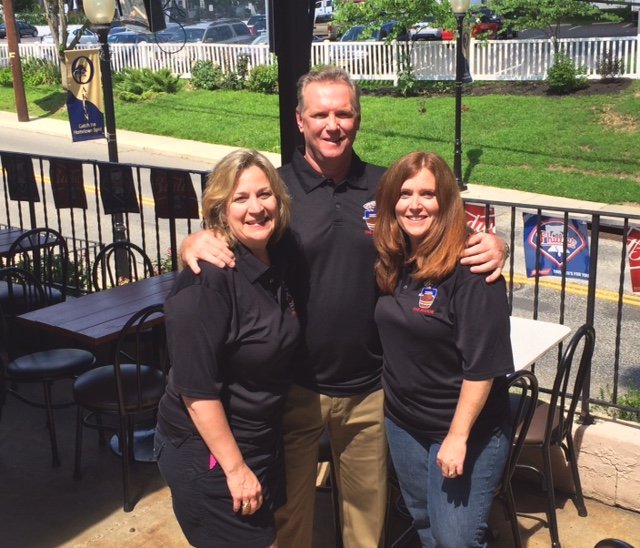 The Oaklyn Manor is a genuine family bar. More than 20 members of the same extended family will work there when it re-opens on Saturday. Pictured, from left, are Lisa Del Duke, her brother-in-law Gary Mullins and general manager Allison Del Duke. Bartender Tim O'Malley and two of his brothers also work at the Manor.

'THE MANOR WAS MY FIRST BAR'

And excitement is building among its devoted.

Kelly McHugh, too young to drink, has already been to the Manor because it’s the sort of place that hosts lunches for community groups, as it did at the end-of-year celebration for her swim team.

“People have been asking about when it is re-opening,” says the 18-year-old Oaklyn resident.

Rob Gachetti, who moved to the borough about a year ago, only managed one visit to the Manor before it closed last September.

But everywhere he goes for his job as a sign installer, Gachetti says “people ask about the Manor. People from as much as a half an hour away have asked when it is reopening. I’ll be away Saturday, but I may pop in at the end of the day.”

Robin Swan Shreeves, a food and beverage writer in nearby Barrington, can’t wait for the re-opening, and not just because she knows the new general manager.

“I grew up here. The Manor was my first bar. It’s incredibly important to the community,” says Shreeves.

“It’s an almost-glamorous dive-bar, glamorous because of the outdoor seating,” on a patio that turns 40, built long before sitting outdoors became a thing, she says.

“These little places give people somewhere to come home to,” says Shreeves, adding that the appeal of the old Manor was definitely not its staple of mostly deep-fried and frozen food. “You did not got there for the food. You went for the friends and the nostalgia.”

Which is part of why best-selling writer and Oaklyn native Matthew Quick makes a point of stopping in when he visits friends and family in the area.

Natasha Fletcher, who grew up in Germany and revisits Europe annually, says public spaces that foster an exchange of ideas are missing from many places in America.

Fletcher, the associate director of the Center for Urban Research and Education at Rutgers, says places like the Manor “anchor and strengthen a community, and builds trust, community trust.” 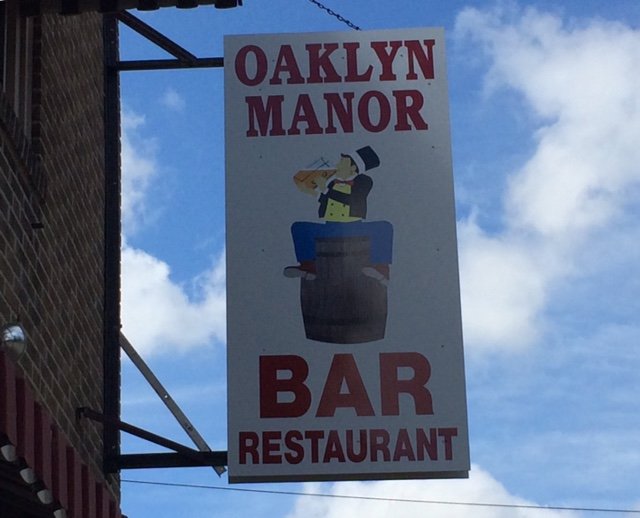 The Oaklyn Manor bar will reopen after being shuttered for close to a year.

'A MATCH MADE IN HEAVEN'

Eli Facchinei wanted to share in that feeling when he decided Oaklyn was the ideal location to open his microbrewery.

But that was short-lived. The Manor, under a different owner, closed down Sept. 8, 2015, the very same day he began work on creating Tonewood.

“That was a letdown,” he said of the protracted wrangling about the liquor license and sale of the bar which led to its closure.

He’s thrilled to see the bar at Clinton and Manor avenues reopening Saturday, and not just because it has on tap five of the brews he makes just up the street, or that two Tonewood beers are used to flavor new signature food dishes.

“Lots of people think Oaklyn is just the (White Horse) Pike, but there’s the downtown,” says Facchinei. “This is a local gathering place. And having them nearby is the promise of a match made in heaven.”

The new owners have already seen the symbiosis, and not just by having Facchinei’s beers on tap. In fact, the Manor’s new tap system was installed by a Facchinei friend. And the brewery owner has become friends with the new owners, so much so that he’s dropped in to check on that system.

And while the guts of the place in the bar and the kitchen are new, the rest of the Manor remains timeless. That includes a sign warning it will cost you $3.75 to have the bartender claim you aren’t there when someone calls looking for you on the house phone.

There is also the “Weekly World News” story hanging on the wall about 14 regulars of the Manor "saving the Earth" by stomping simultaneously to Van Halen’s “Jump” to realign the world on its proper axis.

Tim Malley, the bar’s veteran bartender, was there when the tongue-in-cheek earth stomp took place.

“Twenty-five years, two months and one week,” he says of his tenure at the Manor, before adding, “But who is counting?”

Officially, that Manor opens at 11 a.m. Saturday, but Mullins says if someone is around, they'll gladly serve you a beer before the official opening.

They'll probably ask your name, too.

It's that sort of place.