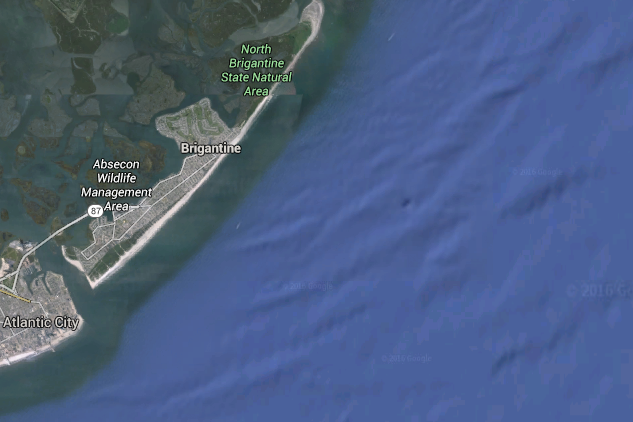 An aerial view of the coast off Brigantine, New Jersey.

The U.S. Coast Guard has suspended its search for several people who went missing in the water near Brigantine, New Jersey.

Officials said late Friday night they were informed around 5:45 p.m. that three to four people were on a fishing boat that became capsized about a half-mile off the coast of the shore town.

Rescue boats, a helicopter and a plane were all involved in the search, the Coast Guard said, but initial efforts did not lead to the missing individuals.

Local and state law enforcement agencies were also involved in the search.

Anyone with information on the missing boaters is asked to call the Coast Guard's Sector Delaware Bay in Philadelphia at 215-271-4960.