'The Conners' premiered last night and Roseanne Barr is not happy 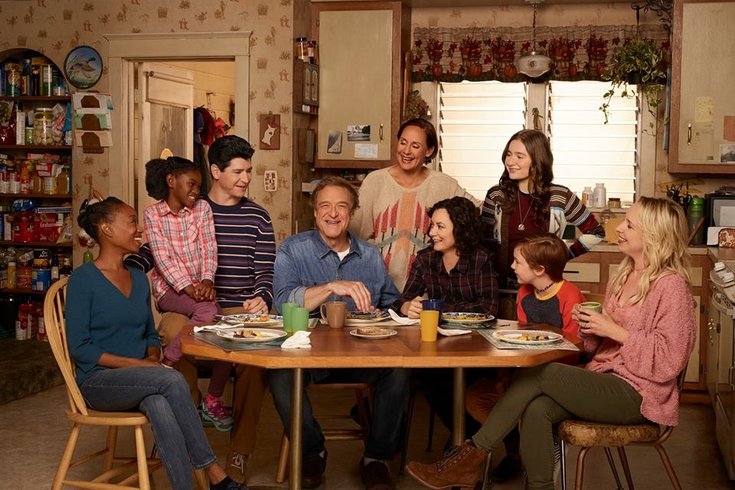 The "Roseanne" spinoff, "The Conners," aired last night on ABC. The show airs Tuesdays at 8 p.m.

The much anticipated “Roseanne” spinoff, “The Conners,” aired last night on ABC. After months of speculation, the spinoff concluded the matriarch's storyline with a death that very conveniently aligned the show's finale.

In the finale of “Roseanne,” we saw Roseanne Barr’s character afraid of dying as she approached her upcoming knee surgery. The premiere, “Keep on Truckin’,” takes place three weeks after the finale. The family believes she passed from a heart attack following the surgery, but the autopsy reveals that she in fact died from an opioid overdose. We see Dan (John Goodman) struggling to accept his wife’s addiction, believing she had thrown the pills out. But soon, Becky (Lecy Goranson) and Jackie (Laurie Metcal) find two different stashes of pills.

An hour after the premiere aired, Barr took to Twitter to exclaim, “I AIN’T DEAD BITCHES!!!!”

Barr mentioned in an interview a month ago with Brandon Straka on the conservative YouTube channel, Walk Away, she knew how the character was going to die. She was planning to show her character’s opioid addiction on "Roseanne." She just didn’t want the character to die to due to her addiction.

"I was never going to have Roseanne die of an opioid overdose. It's so cynical and horrible. She should have died as a hero or not at all,” Barr said.

She released a lengthy statement with Rabbi Shmuley Boteach on Wednesday morning. Barr gave her well wishes to the cast and crew, but dove deep into the controversy of her firing and asking for forgiveness.

The “Roseanne” reboot was canceled in May following a slew of racist tweets by Barr. The comedienne relinquished her rights in order for the new series to move forward.

While a number of people took to Twitter to claim their disdain for the reboot without Barr, "The Conners" wasn’t a flop. It retained a 10.4 million viewership for the premiere, which was the viewership average for the final four episodes of "Roseanne."

"The Conners" was given a 10-episode order by ABC. The show airs Tuesdays at 8 p.m. on ABC.