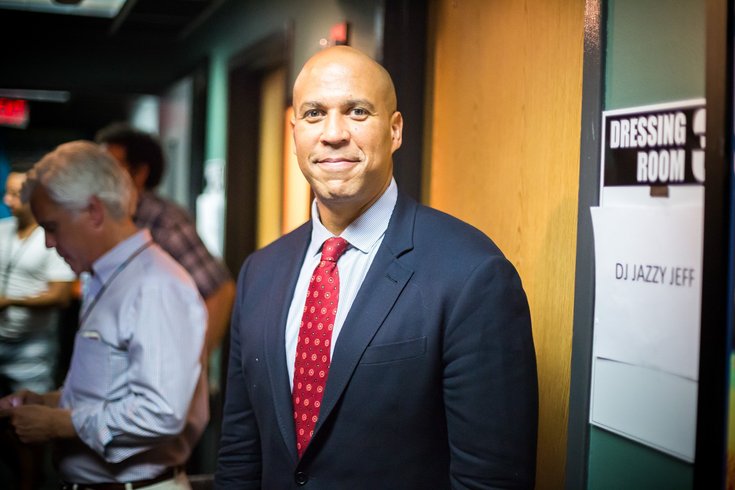 Sen. Cory Booker, of New Jersey, met the $1.7 million fundraising goal he had set for his campaign a day before the third quarter ended, he announced.

New Jersey Sen. Cory Booker will stay in the race for the Democratic nomination for president after his campaign met its goal to raise at least $1.7 million before the end of the year's third quarter.

Booker's campaign had released a memo on Sept. 21 stating unless it could raise the money by Sept. 30, the U.S. senator's bid for the White House would not be sustainable. Within four days, the campaign was within 59% of its goal.

Just as important, Booker's fundraising total qualifies him for the next Democratic National Committee debate on Oct. 15 on CNN.

Booker announced on Sunday, one day before the fundraising deadline, that his campaign had met its goal. The money raised will be used for ballot access and hiring staff, according to the Associated Press.

I have some incredible news, team. Last night at 8:16 p.m., we reached our $1.7 million goal. I’m so grateful that at the most critical moment of this campaign, thousands of people in all 50 states came together to give us the boost we needed. pic.twitter.com/oi8zu8PkyF

"I'm staying in this race — and I'm in it to win," Booker said on Monday in a statement. "But this won’t be the last mountain we have to climb on our way to the nomination — we have a lot more money to raise to continue being competitive with the better-funded campaigns in this race."

In Nevada, Sanders and Biden are tied at 22% with Warren following at 18%. In South Carolina, Biden leads among with 37% of voters, while Warren and Bernie comes in second and third, respectively, at 16% and 11%.

Booker is polling at 2% in both of those states.

Sanders' campaign received the most donations during the second quarter, which ended in July. He received $25.7 million in contributions; Pete Buttigieg followed with $24.9 million; Biden came in third with $22 million, and Warren had raised $19.2 million.

In the second quarter, Booker raised $4.5 million, which was lower than his first quarter contributions of $7.9 million.