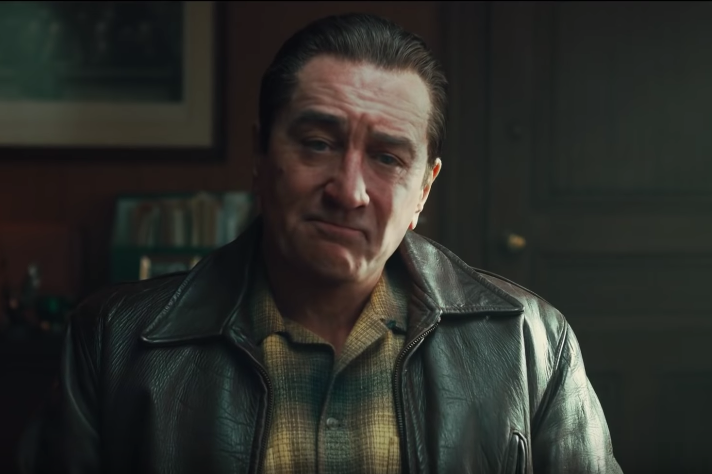 Martin Scorsese's 'The Irishman' scored a 100% 'Fresh' rating on Rotten Tomatoes after premiering on opening night at the New York Film Festival on Friday.

Martin Scorsese's mob-tastic film, "The Irishman," may very well be one of the best films of the year and a top-tier award contender for this upcoming award season.

The film, which chronicles Philly mobster Frank Sheeran, premiered Friday at the New York Film Festival, generating a slew of praise. It received a 100% "Fresh" rating on Rotten Tomatoes from 47 critics, including The New York Times, Time Magazine and The New Yorker.

RELATED: 'The Irishman' review: Scorsese's mob drama is worth the hype

Scorsese, the director who brought us "GoodFellas," "Casino," and "Taxi Driver," hasn't lost his mojo just yet. In fact, many critics wrote that the director is stronger than he's ever been.

Eric Kohn, of IndieWire, called the movie Scorsese's best since "GoodFellas," adding that Robert De Niro's performance is his "most satisfying lead role in years."

A.O. Scott, of the New York Times, noted that the film is the director's "least sentimental picture of mob life and for that reason his most poignant."

At 209 minutes, the film might be longer than Marvel's "Avengers: Endgame" – another recent movie that stretches beyond the three-hour mark. But according to critics, viewers will barely notice. A.A. Dowd from A.V. Club refers to it as "remarkably brisk."

The Netflix original dives deep into in the the story of Frank "The Irishman" Sheeran, played by De Niro. Sheeran grew up in Darby, Delaware County. He lived in Philadelphia in the 1970s while president of a Wilmington workers' union and during his involvement with Jimmy Hoffa, a former labor leader portrayed by Al Pacino.

The movie is based on Charles Brandt's 2004 book, "I Heard You Paint Houses." In the book, Sheeran admits to being involved with Hoffa's mysterious disappearance in 1975.

However, the film's biggest flaw may not be found in the movie itself. Rather, critics have criticized its distribution.

Many critics championed seeing the film in theaters as opposed to only seeing it on Netflix. Doing so may prove to be somewhat difficult, however, as the film is expected to receive a very limited release.

The film premieres in New York and Los Angeles on Nov. 1, and it will open in more locations in the U.S. on Nov. 8. The movie will premiere on Netflix on Nov. 27.