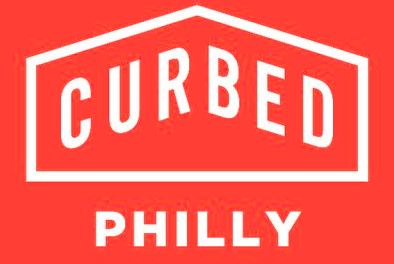 Vox Media will shut down Curbed Philly and three other Curbed sites by the end of 2019.

One of Philadelphia's top resources for news on urban development and real estate has been shut down.

Vox Media, owner of the multi-city Curbed blog, announced late last month that the sites in Philadelphia, New Orleans, Seattle and Washington, D.C., have all ceased publishing, The Wrap reported. The Curbed brand launched in New York City in 2004 and expanded to Philly in 2012. The sites were acquired by Vox Media in 2013.

Curbed Philly editor Anna Merriman confirmed on Twitter that the publication had been shut down and thanked readers for their support during her time there.

I should’ve said this earlier but I’ve been tied up. Sadly the Curbed Philly site is no more. I really loved overseeing it and diving into everything about Philly development. Philly is in many ways, representative of the kind of change happening at cities across the country (1/)

.. in terms of development, gentrification, housing, and more. Yet Philly is special in a lot of ways and I truly love it. There’s an art and culture and (naturally) grit to the city that makes it not just a cool place, but also gives it unmatched depth and character. (2/)

I will always think Philly is the best city in the country and if you disagree I’ll fight you. (3/

But I digress. The point of this thread is to say that the absolute best part of being the Curbed Philly Editor was the readers. You guys are some of the most engaged, passionate, and insanely well informed people I’ve ever had the pleasure of writing for 4/

In a difficult industry that’s struggling to survive, and in a city that’s facing enormous change (good and bad) having an engaged and passionate bunch of residents and readers is key. I was really really lucky for my readers (5/

Melissa Romero, who edited the site prior to Merriman, also tweeted about the closure of Curbed Philly.

I second @Anna_Merriman's whole thread re: @CurbedPhilly. I took this 'part-time' job in 2015 so I could write about the greatest city, Philly. I Learned. So. Much. & met many awesome people who also love this city and their neighborhood. This is a real loss for local journalism. https://t.co/FHWhJgfoAz

The closure of the Curbed sites comes not long after Vox Media acquired New York Media — former owner of New York magazine and The Cut, among other publications — in a deal earlier this year. Executives said the acquisition would not impact existing sites at the time of the deal, according to The New York Times.

Vox also owns The Verge, Eater and SB Nation blogs. Eater Philly has not been impacted the closure of Curbed Philly.

“Curbed is sharpening its focus to deliver content where our audiences are most engaged and on the topics they are craving — real estate, shopping, and design,” a Vox spokesperson told The Wrap. “We’ll be expanding Austin and Boston into full time sites, while sunsetting our city sites in Washington D.C., Seattle, New Orleans, and Philadelphia."