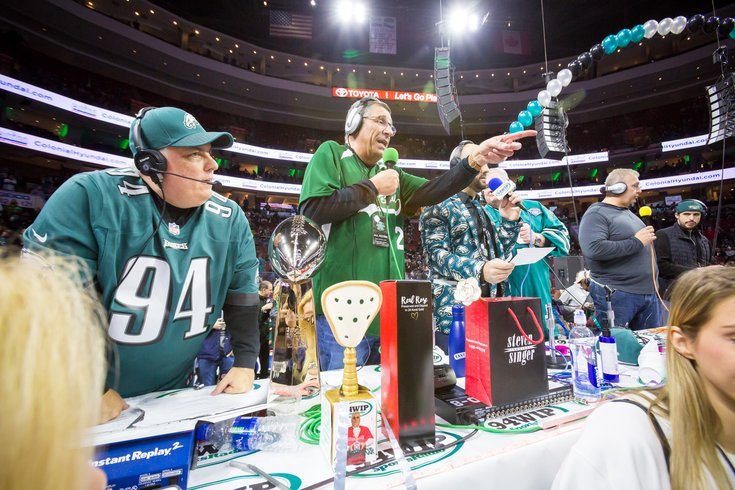 Angelo Cataldi will continue as the host of the morning show on SportsRadio 94WIP after signing a multiyear contract extension with Entercom, the station's parent company.

Mornings on SportsRadio 94WIP won't be changing any time soon in the Philadelphia region.

Morning show host Angelo Cataldi has reached a multiyear contract extension with parent company Entercom, the two sides announced Monday. The length of the new contract was not disclosed.

Cataldi has been with SportsRadio 94WIP for three decades, leading the morning show from 5:30-10:00 a.m. He will remain with the existing morning team of Al Morganti, Keith Jones and Rhea Hughes, as well as other regular contributors to the program.

"It's an honor to continue my time at WIP as I move past my 30-year anniversary at the best sports station in America," Cataldi said. "All I can do is express my appreciation to Entercom and to all of my colleagues at WIP. But most of all I want to thank the listeners who have been so loyal to me and to everyone at the morning show. I can’t believe I get to do a job I love in the city whose passion for sports is incomparable. Now let's win another championship."

There had been speculation in recent years that Cataldi, who is 68, was moving toward retirement. He last signed a contract extension with Entercom in 2017.

Cataldi remains atop the ratings in local sports radio by a sizable margin, though the morning show on 97.5 The Fanatic has gained ground since Mark Farzetta left WIP to take over that station's early slot with former Philadelphia Eagle Tra Thomas.

"Angelo Cataldi is a sports icon in the city of Philadelphia and we couldn’t be more fired up that he will continue his historic run of success on 94WIP," said David Yadgaroff, senior vice president and market manager for Entercom Philadelphia. "He is the voice of the fans and has an unmatched level of passion for all things Philadelphia sports. He sets the table for 94WIP every day, and does it at a level of greatness and consistency that has never been achieved before."