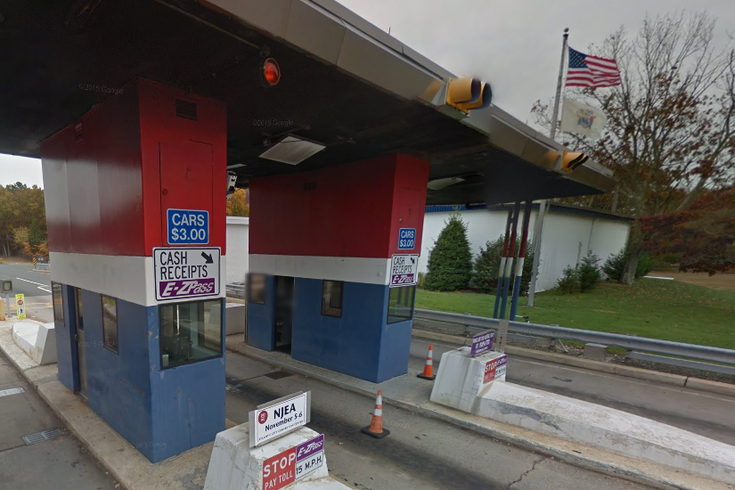 Toll booths on the eastbound side of the Atlantic City Expressway in Hammonton, New Jersey.

With declining fortunes in Atlantic City, the Atlantic City Expressway has watched toll revenues fade during the past six years.

That means it may be time to raise toll rates.

A national credit rating agency is suggesting a 50 percent increase in 2019, according to The Press of Atlantic City.

New York-based agency, Fitch, said the increase would be necessary both for ongoing maintenance and for debt service.

Stephen Dougherty, executive director of the South Jersey Transportation Authority, which operates the highway, said next year’s budget does not include a toll increase, but he would not say if – or when – he foresees a need to jack up rates.

Since peaking at $67 million in 2008, expressway toll revenue has declined in four of the past five years. Toll revenue was just $51 million last year.

Drops in traffic and toll revenue led to the postponement of a project to connect the road with the underutilized Atlantic City International Airport, which is expected to cost at least $40 million.

Presently, it costs a motorist $3.75 in tolls to travel one-way from Philadelphia to Atlantic City using the Atlantic City Expressway.

To read the entire account in The Press of Atlantic City, check here.