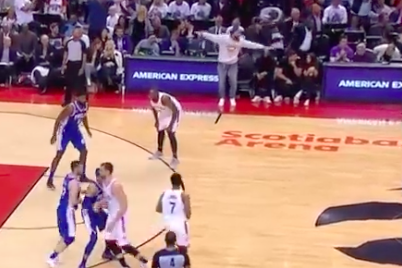 Regardless of whether you enjoy Drake's music, there is no question he's the most annoying celebrity figure in the NBA playoffs — especially since Kevin Hart has been conspicuously absent court side.

The Philadelphia 76ers took Game 6 in their Eastern Conference Semifinals series against Drake's hometown Toronto Raptors on Thursday night. That means Joel Embiid made good on his "I'll be back" promise to Drake as he walked off the court following Tuesday night's brutal loss up north.

During Game 5, Drake got so caught up in the Raptors demolition of the Sixers that he taunted Joel Embiid with the same airplane gesture Embiid used after a windmill dunk in Philadelphia in Game 3.

It turns out Drake and his $100 million net worth now have an actual "Air Drake" plane. Drake showed the aircraft on Instagram, boasting that it's "no rental, no time share." 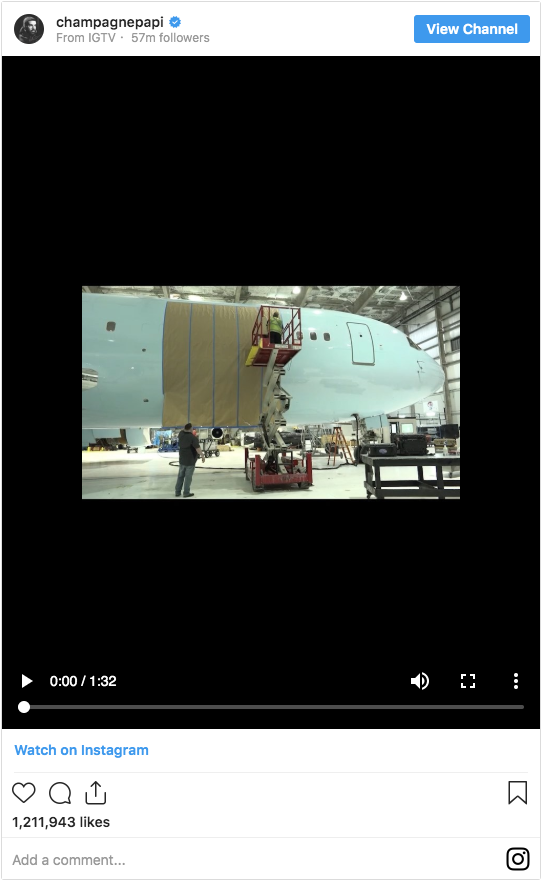 Back in 2010, the former Virgin Airlines — now part of Alaska Airlines — had an "Air Drake" mid-air flight party to celebrate its first international trip from Los Angeles to Toronto.

On board that flight was then-California Gov. Arnold Schwarzenegger. Maybe Embiid's words were more pointed than he even realized.

The Sixers return to Toronto for game seven on Sunday night at 7 p.m. Someone is going to be flying an airplane in the other's face.