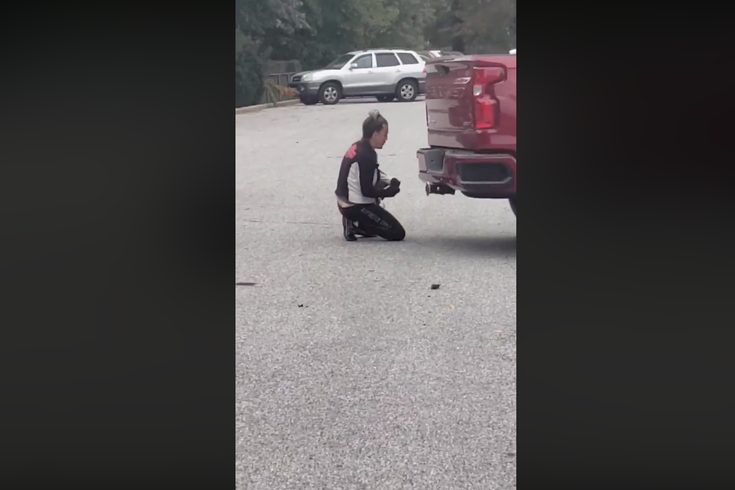 In a now-viral video posted by a parent, a teacher went on a racist rant in the parking lot of Drexel Hill Middle School in Upper Darby.

A teacher at Drexel Hill Middle School has been placed on administrative leave after a parent posted a video on Facebook of the woman's racist rant in the Upper Darby school's parking lot.

In the now-viral video, the teacher, who has not been identified, calls the parent a racial slur and says they are on "welfare ... because you're black."

Rasheed Noel posted the video to Facebook and said the altercation began after the teacher hit his car in the middle school's parking lot during morning drop-off on Thursday morning.

“I’m sorry?” he said. “This situation could change real quick.”

"She hits my car and acts like this on school property in front of students and staff. After meeting with the superintendent of Upper Darby school district and his staff, I'm hear (sic) to say they absolutely care about their community. #ZeroTolerance," he wrote along with the video post, which has been viewed more than 32,000 times, as of Friday morning.

After an initial investigation, the Upper Darby School District announced the teacher has been placed on administrative leave, pending further investigation.

“Upper Darby School District does not condone or tolerate inappropriate conduct or speech associated with hate, racism, discrimination or intolerance of any kind,” the Delaware County school district said in a statement posted to its Facebook page. “The deeply troubling comments and actions of this teacher are not indicative of the hundreds of outstanding teachers working in our schools each and every day.”

The post also said the district would work with an equity team to reflect on the incident with staff.