Here's a look at who will run the team — and who will call the plays — against the Giants in Sirianni's absence... 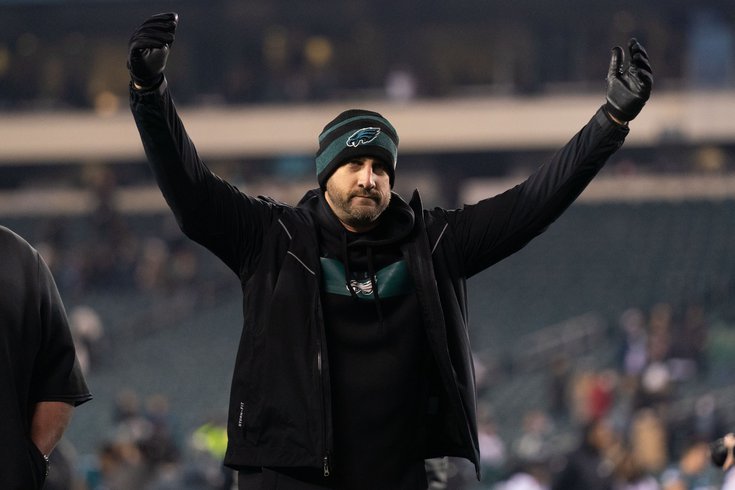 Nick Sirianni has an easy decision to rest starters Week 18.

On Wednesday, the Philadelphia Eagles announced that head coach Nick Sirianni has tested positive for COVID after he felt symptomatic. Their official statement:

Speaking via Zoom, Sirianni said that passing game coordinator Kevin Petullo would assume the game management aspects of his job, such as "go for it" decisions, coin toss decisions, etc.

Offensive coordinator Shane Steichen will call plays. Sirianni also said that assistant head coach Jemal Singleton would have an increased role while he is out, but was not specific on what those additional duties are.

The Eagles will host the New York Giants Sunday at Lincoln Financial Field, assuming no postponements.