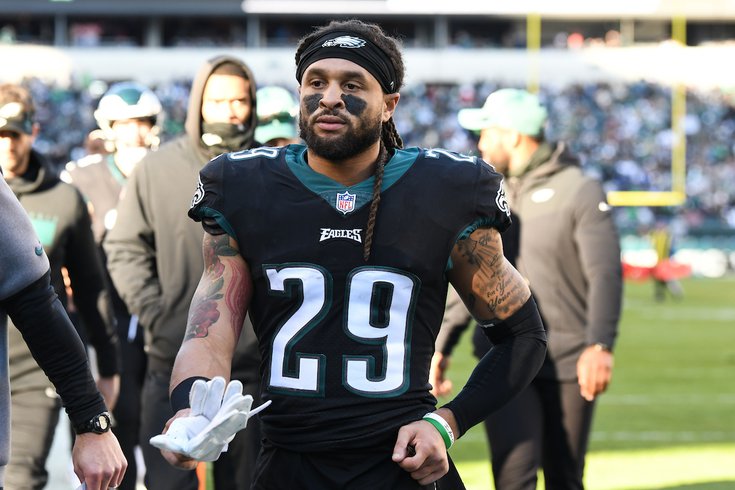 PHILADELPHIA - DECEMBER 26: Avonte Maddox #29 of the Philadelphia Eagles runs off the field during the game against the New York Giants at Lincoln Financial Field on December 26, 2021 in Philadelphia, Pennsylvania.

The Eagles' secondary might just be the best back-end in the NFL this season, but they will likely be without one of their key cogs on Monday Night Football against the Commanders.

Nick Sirianni says Avonte Maddox unlikely to go Monday night vs Commanders. Josiah Scott, also on the injury report, will likely start in the slot in his place, says Nick.

Maddox is dealing with a hamstring injury that's kept him out of practice this week. As our own Jimmy Kempski notes in the above tweet, Maddox's absence would lead to Josiah Scott starting in the slot. Maddox had an ankle injury earlier in the season that caused him to miss Weeks 4 and 5. Scott started both those games in Maddox's place.

With Darius Slay, James Bradberry and C.J. Gardner-Johnson all putting up Pro Bowl-caliber seasons in the secondary, however, the Eagles should be able to withstand the loss of Maddox once more.