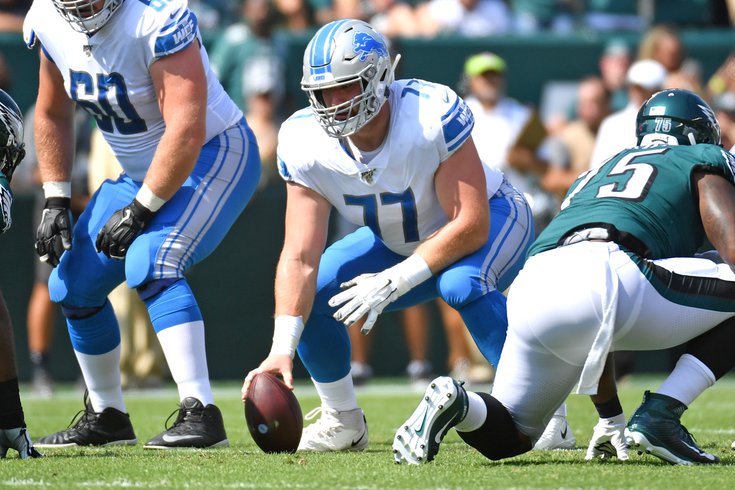 One of the Philadelphia Eagles' main objectives during training camp and the preseason this year was to make sure their best players would be available when the actual meaningful games arrived. They accomplished that mission, as all 52 players on the active roster are good to go for Sunday.

Here are the Eagles-Lions inactives, with analysis.

These players are all healthy scratches.

• QB Ian Book: Book will be inactive on gameday for as long as Jalen Hurts and Gardner Minshew are healthy.

• RB Trey Sermon: Sermon will sit for a while as RB4 while he learns the offense.

• TE Grant Calcaterra: The Eagles added Noah Togiai to the gameday roster on Saturday. They evidently feel that he is more game-ready than Calcaterra either in the regular offense or on special teams.

• OL Josh Sills: Cam Jurgens will back up Jason Kelce at center, Sua Opeta will back up Landon Dickerson and Isaac Seumalo at guard, and Jack Dirscoll will back up Jordan Mailata and Lane Johnson at tackle.

• S Reed Blankenship: The Eagles have three active safeties ahead of the undrafted rookie.

• OG Tommy Kraemer (out): Kraemer likely would have started this game with starting RG Halapoulivaati Vaitai on injured reserve, but he's now out as well with a back injury. It is likely that No. 4 guard Logan Stenberg will start at RG.

• DT Levi Onwuzurike (out): Rotational second-year defensive tackle selected in the second round of the 2021 draft who had 35 tackles, a sack, and 2 batted passes as a rookie in 2021.

• S Ifeatu Melifonwu (doubtful): Second-year safety selected in the third round of the 2021 draft who had 15 tackles, 3 pass breakups, and 2 fumble recoveries as a rookie in 2021.

• LB Julian Okwara (questionable): Productive rotational edge rusher who had 27 tackles, 5 sacks, an INT, a FF, and 9 QB hits for the Lions in 2021.

The last two guys are healthy scratches. The big news for the Lions is that C Frank Ragnow (groin) is active.

• WR Jameson Williams (NFI): You probably remember Williams from draft season. He had surgery to repair a torn ACL in January, but got picked 12th overall in the 2022 NFL Draft anyway. He's on the Reserve/NFI list and will miss the first four weeks of the regular season.

• DE Josh Paschal (PUP): Paschal is a rookie who the Lions drafted in the second round. He had offseason core muscle surgery, and is on Reserve/PUP. He too will miss at least the first four games of the regular season.