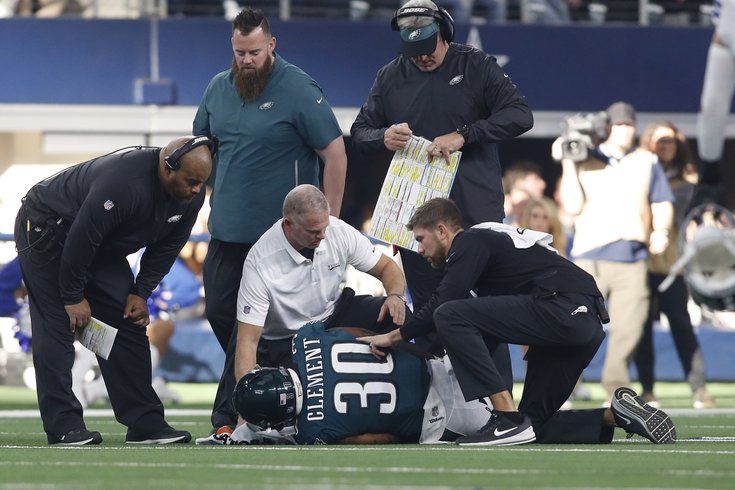 Another one (two, actually) bite the dust.

Here are the five moves the Eagles made on Tuesday:

• Placed Corey Clement on injured reserve: In 2017, Clement had a great rookie season, culminating in a standout performance in the Super Bowl, when he caught four passes for 100 yards and a TD. Many thought he would build on his impressive rookie season in 2018, but that never happened, as Clement was hampered with a quad injury. In 2018, he had 68 catches for 269 yards (3.8 YPC) and two TDs on the ground, and 22 catches for 192 yards (8.7 YPC) and zero TDs through the air.

• Placed Josh Sweat on injured reserve: Sweat was something of a project as a fourth-round pick of the Eagles in the 2018 NFL Draft. He was forced into action in a small role after Barnett was lost for the season, but was mostly a non-factor. He had one tackle on the season, no sacks.

• Signed RB Boston Scott: Scott is a Darren Sproles-sized running back with intriguing athletic measurables. We covered Scott in more depth on Monday. I'm actually looking forward to seeing what he can do, and he should get some opportunities down the stretch with a depleted running back rotation.

• Signed DE Daeshon Hall: Hall was a 2017 third-round pick (77th overall) of the Panthers who has not yet panned out in the NFL. He went on injured reserve during his rookie season with a knee injury, and was released by Carolina a few days before final cuts in 2018. The 49ers signed Hall to their practice squad, and he was later added in September to the Texans' 53-man roster. The Texans then released him a month later. one career tackle.