Chris Long will be the Eagles' honorary captain against the Jaguars 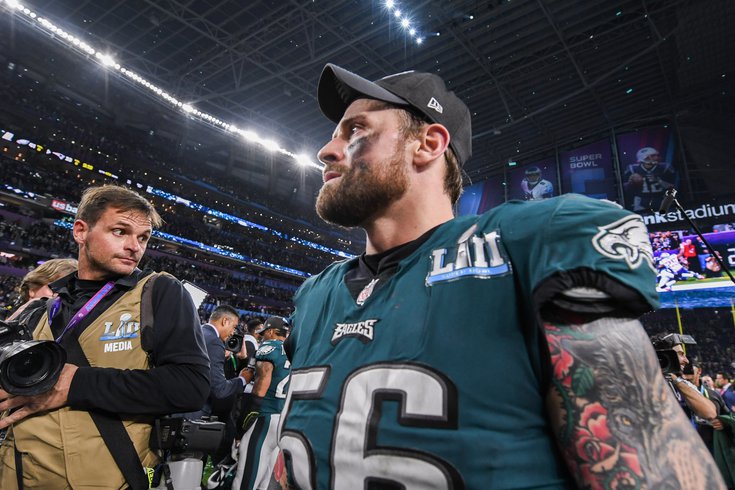 Doug Pederson won't be the only Super Bowl winner returning to Lincoln Financial Field on Sunday. Former Eagles defensive end Chris Long, who played for the Birds in 2017 and 2018, announced on his "Green Light with Chris Long" podcast on Wednesday that he will be the team's honorary captain for Week 4.

"I have no idea what I'm going to wear," Long continued. Co-host Macon Gunter joked with Long that he should wear his legendary Allen Iverson jersey-fur coat combo that he donned at the Eagles' Super Bowl parade, but Long considers it a "me-guy move." Respect.

Long knows it'll be a big day given that it'll be Pederson's first game back in Philadelphia since Week 17 of the 2020 season.

"I'm going to be out there [at] the coin toss. I'm going to see Dougie P out there," Long said. Regarding how Pederson will be received by Eagles fans, Long said, "I think they'll absolutely cheer him. That guy is a legend in Philly."

Long quickly endeared himself to Eagles fans upon his arrival in 2017. He had 11.5 sacks in two years with the Birds. His biggest moment for the team likely came in the 2017 NFC Championship Game, forcing an errant pass on Vikings quarterback Case Keenum that led to Patrick Robinson's iconic, game-changing pick-6.