A look at Bennie Logan and the Eagles' run defense after five games, and now 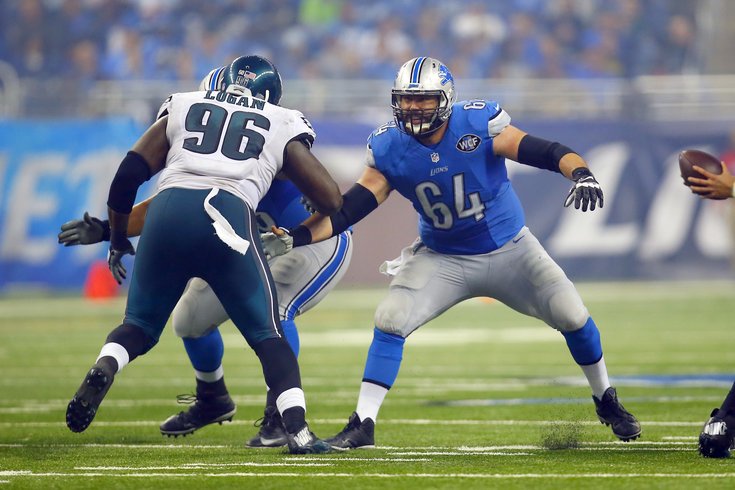 Bennie Logan has not been the same player he was earlier this season.

After the Philadelphia Eagles' awful loss to the Arizona Cardinals in which rookie David Johnson ran all over the Eagles' defense, Bennie Logan was walking around very gingerly in the locker room with ice on his calf:

Bennie Logan has ice on his calf, walking around like Frankenstein.

Yesterday, Les Bowen of the Daily News reported that Logan will likely not play against the Washington Redskins in what is an elimination game for Philly. In his press conference Wednesday, Chip Kelly said Logan is "day to day." Previously, Logan had appeared on the Eagles injury report with a knee injury.

Early this season, the Eagles' run defense was playing an extraordinarily high level. After the fifth game of the season, here is where the Eagles ranked defensively against the run:

Here's where they rank now:

As our Matt Mullin pointed out earlier this week, many of the Eagles' defensive struggles have coincided with linebacker Jordan Hicks being lost for the season. Hicks was clearly a major loss, however, I wonder how much of the Eagles' struggles in their run defense of late have had to do with NT Bennie Logan not being healthy.

Logan flat out dominated in the preseason, making plays like this...

That level of play carried over into the regular season to some degree, but Logan has not been much of a factor as the season has progressed. If the Eagles are without Logan (or what Logan was earlier this season), they could continue to be at a big disadvantage in their run defense in a "win or go golfing" game.