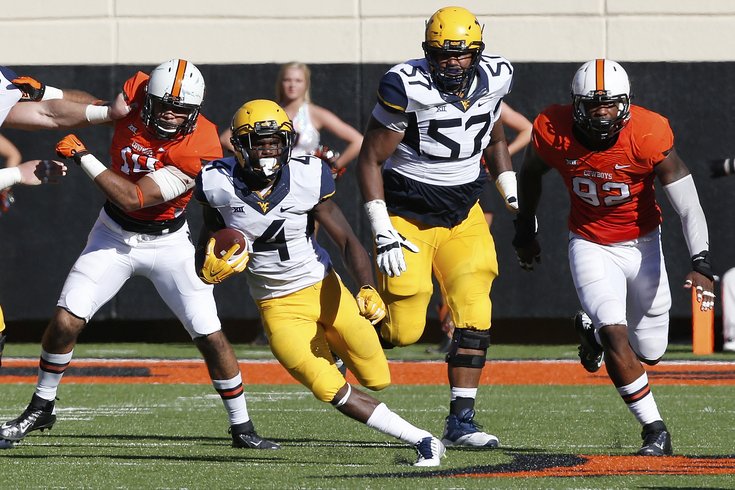 With their fifth round pick (153rd overall) in the 2016 NFL Draft, the Philadelphia Eagles selected West Virginia running back Wendell Smallwood.

Running back was somewhat of an underrated need before the Eagles were able to unload DeMarco Murray's contract on the Tennessee Titans. Once they traded Murray, it became obvious. Heading into the draft, the Eagles' depth chart at running back looked like this:

Mathews has a long history of injuries, while Sproles will turn 33 in June and is in the last year of his deal. Barner, meanwhile, has not shown he is consistent enough to be counted on as a reliable member of a running back rotation. Smallwood will now join that rotation.

According to NFL.com, Smallwood was involved in an extremely serious off-the-field incident:

Smallwood was accused of telling someone to recant their statement accusing one of his friends in a fatal shooting case. The charges were officially dropped when his friend pleaded guilty in the murder case, allowing Smallwood to continue his football career.

Smallwood finished 14th in the nation (first in the Big 12) in rushing in 2015. His career rushing numbers at WVU:

And his receiving numbers: