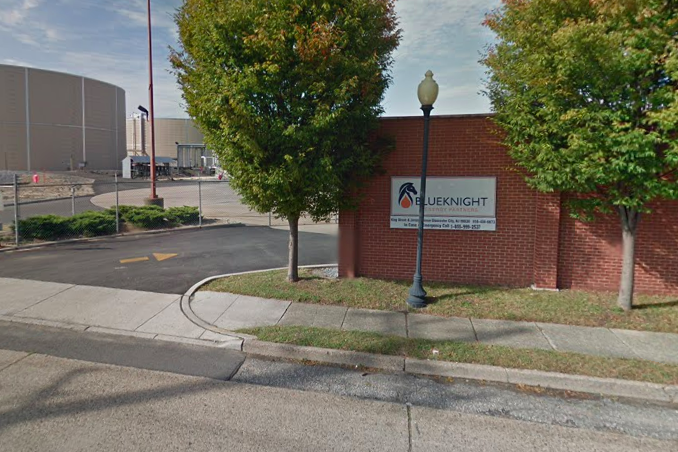 A fire and explosion occurred at Blueknight Energy Partners in Gloucester City, Camden County, early Tuesday morning. It originated in a tank holding asphalt and residents in the surrounding area were evacuated as a result.

A fire at an industrial plant in Gloucester City blew off the top of an asphalt holding tank and resulted in the evacuation of some nearby residents.

The fire and explosion occurred at Blueknight Energy Partners, on the 200 block of Water Street, at 12:49 a.m. It damaged large tank containing asphalt, officials said.

Because of the potentially hazardous materials, Gloucester City residents living between Jersey and Fourth streets were evacuated as a precaution. People have since returned to their homes, and no injuries were reported.

The fire was extinguished around 8 a.m., but firefighters will remain on the scene.

The cause of the explosion is under investigation.

Blueknight Energy Partners is a crude oil and liquid asphalt supplier based in Tulsa, Oklahoma.