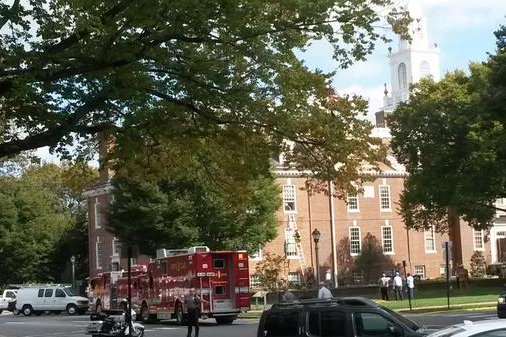 A fire broke out at the Delaware Legislative Hall building in Dover Wednesday afternoon.

A two-alarm fire caused an evacuation at the Delaware Legislative Hall building in Dover on Wednesday, according to multiple reports.

According to 6 ABC, the blaze was reported around 2:30 p.m. at the building located at 411 Legislative Avenue.

Smoke could be seen billowing out of the top floor of the three-story building.

Delaware Online reports that one police officer at the scene was hospitalized due to smoke inhalation and that his condition was unknown.

No other injuries were reported and the amount of damage caused by the fire is currently unknown.

Officials are investigating the cause of the blaze.