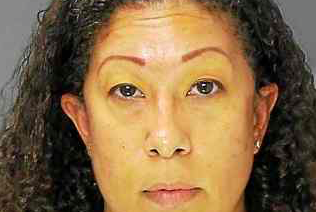 A little more than a year after nearly $20,000 was discovered missing from the treasury of an Abington School District parent-teacher organization, the former head of the Rydal Elementary School group has been sentenced to time in prison.

According to The Times Herald, 41-year-old Kimesha Chong-Wing will serve up to 23 months in prison after she admitted stealing a total of $19,797 from a business bank account for personal expenses.

Chong-Wing, of the 1000 block of Tyson Avenue, was appointed president of the PTO in September 2014 and opened up a Wells Fargo Bank account to hold funds generated through PTO activities.

The unauthorized purchases — including international airfare, liquor, dinners, and cash withdrawals — were discovered in June 2015 when the treasurer of the Rydal Elementary PTO Executive Board noticed the account activity during preparations for an upcoming audit.

Generally, funds raised by the PTO are used to pay for school events, equipment, special gifts, and other projects benefitting the Rydal community.

Chong-Wing initially told members of the PTO board that it was "a misunderstanding" and that she had every intention to replace the stolen funds. She later resigned from her position and pleaded guilty to a felony charge of theft by deception.

On July 7, prior to her sentencing, Chong-Wing and her lawyer went to the Abington School District administration building and paid back $18,720.66. As part of her sentence, she must serve two years probation after her release from jail and return another $526 in outstanding restitution.