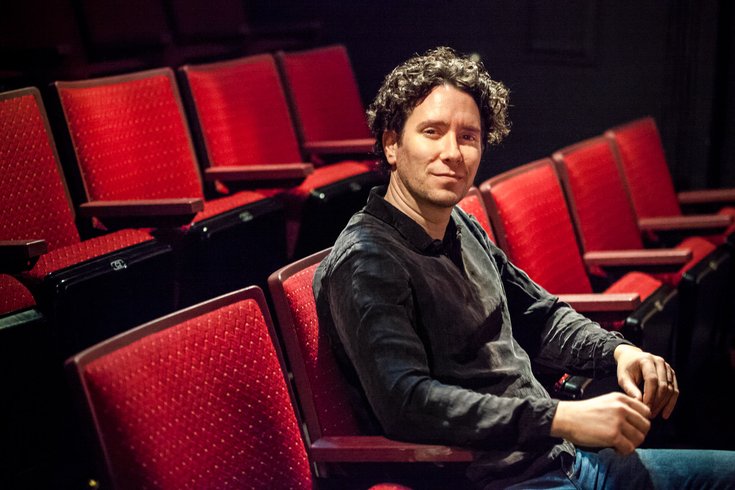 Francis Menotti, a full-time magician in Philadelphia, seated in his theater at South Street Magic at 617 E. Passyunk Ave.

Francis Menotti keeps a deck of playing cards in his pocket at all times.

That simple fact is a sign of just how devoted 38-year-old Menotti, from Center City, is to his art form. To call him a "full-time" magician is almost to do his efforts a disservice. He travels internationally for about a quarter of the year, spends at least half of his week performing regionally, consults on magic scenes in movies like "The Immigrant," writes for Magic magazine and, in his spare time, perfects new tricks -- ones that often involve cards, coins, business cards or, as recently demonstrated in an episode of The CW's "Penn & Teller Fool Us" reality show, Scrabble tiles. And if all that's not enough, he's earned his way into President Obama's inaugural ball as a performer twice.

And still, he told PhillyVoice, he's not convinced many people actually understand why magic is important.

"Magic's gotten a bad rap," he said, referring to opportunistic pseudosciences like fortune telling and magicians only out to "fool" people. "I'm trying to change that."

Which is to say that he wants people to understand there's meaning to his magic.

A native of State College, Pa., his fascination with magic began at age 5 when gifted a Fisher Price magic set from his parents. He quickly realized magic isn't real and, perhaps counter to how you'd expect a kid to react, only became more enthralled with the practice.

"What really struck my interest, was as soon as I realized magic was fake, I also realized I could use it to create the illusion of impossible things. Then I was like, ‘This is awesome,'" Menotti said. "Using the brain and intellect to create illusions, to me that was way more interesting than the idea of being able to do 'magic.'”

The more spectacular "mentalism" school of magic (telekinesis, clairvoyance, etc.) never appealed to him, he said. Instead, he picked up sleight of hand expertise by practicing with other magicians at Penn State University, reading books at the library and receiving mentorship from Teller (who Menotti swears can chat up a storm in real life).

He's since spent 16 years honing his craft in Philadelphia, a city he moved to from State College in 2000 so as to not be gobbled up by New York's competitiveness. (He described being a magician in Philly as being, at the time, "a small fish in a nonexistent pond.") For four years he'd grin and bear more than his fair share of children's birthday parties to pay the bills, eventually earning bigger gigs at Society Hill Playhouse, Plays and Players, Shubin Theatre and in his dedicated theater space at South Street Magic. All the while, he's developed over 100 tricks that are all rooted in metaphor, prefaced with a storyline.

For example, he said, at a "Secrets of the Speakeasy" show next week at Vesper, he'll preface with a spoken narrative before kicking off a coin prediction trick that involves a blindfolded piggybank. Speakeasies are sometimes referred to as "blind pigs."

“The focus was always ‘How do I use [magic] as my voice box for a greater message?'" he explained. "Using magic as a metaphor -- doing motivational speeches, a corporate message helping to sell products at a trade show or product launch, or using magic misdirection as a metaphor for business practices.”

I’m not going to say you should or shouldn’t believe in God, or a political belief or social belief. But I am going to say ‘Why? And are you sure?’ And I use magic tricks to do that.

He likens his performances to watching a movie: Audiences tether their emotions to a character, and when something bad happens to that character, they feel something, if only for a moment. And hopefully, they walk away knowing it was all fake, but having learned a lesson or feeling challenged on their beliefs. He approaches his magic in the same way and, in describing his work, clumps it together with performance art.

"My performance style is very theatrically structured," Menotti said, comparing his role as a magician to mythological tricksters like the coyote or fox. "My job isn’t to prove to you something’s right or wrong, real or fake ...

"I’m not going to say you should or shouldn’t believe in God, or a political belief or social belief. But I am going to say ‘Why? And are you sure?’ And I use magic tricks to do that."

Outside of his standard performances, he's often hired for private gigs with businesses in the region and colleges like Ursinus, where he said one student was so moved by his performance she switched both her college and major. He hopes his magic-as-motivation spiel will culminate in the fruition of a new project he's working on, which would have him biking around the country on a speaking and magic tour. It is, truly, an effort to take what he calls a "Socratic" style of magic to the masses.

"I’m not trying to fool you so much as challenge your perspective that we think we know more than we do," he said. "And I’m not getting all spiritual or anything like that, I’m talking just basic facts and assumptions we have about other cultures or politics.

"In everything I do, I try to shake the world up a bit -- from a trickster perspective.”