Gallery Gameplan: What to see this First Friday

A monthly column about art to heart in Philadelphia 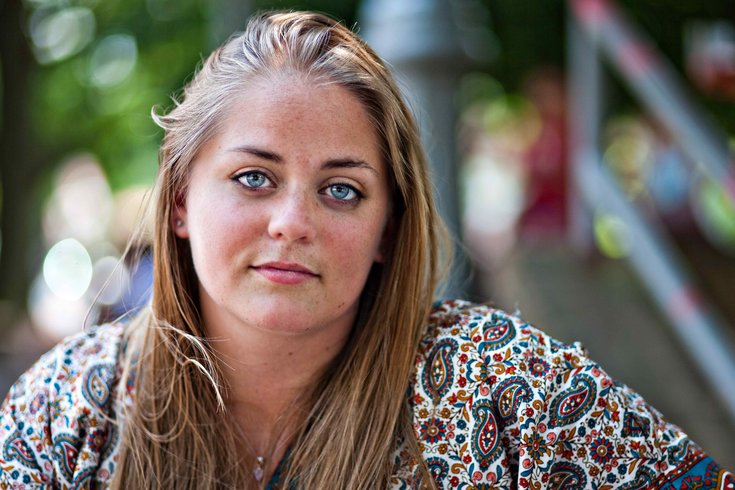 Live Through This benefit

Dese’Rae L. Stage is a photographer based in Fishtown with a dog named Dolly Parton. Stage laughs easily and often; she’s a talkative, cheerful presence — this is obvious even on the phone. She is also — as are an estimated quarter million people each year — a survivor of a suicide attempt. Stage is more than a statistic.

In the past, she says of suicide survivors, “when we were represented, it was in silhouette … anonymous, no human representation. Shame was silencing us.” The same goes for “loss survivors,” she says, those whose loved ones have taken their lives. When Stage began looking for a personal project a few years ago, she thought: “I’m going to bring the humanity out of this.”

The result is Live Through This, a series of portrait photographs and stories of suicide attempt survivors.

This Friday, Stage’s portraits will be on display at Fishtown tattoo shop and gallery Art Machine Productions, alongside the work of other local and national artists, including Philly tattoo artists Eric “Ick” Abrams, Tim Pangburn, and “Scurvy” Dan Anthony. Those artists will donate the proceeds from the sale of their pieces to Live Through This. 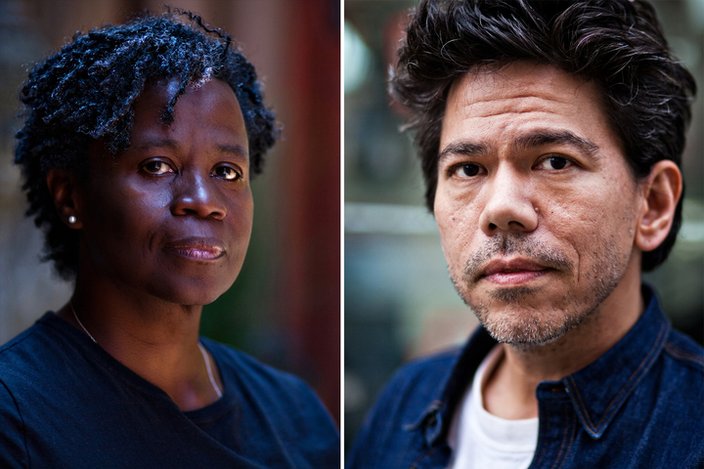 Will Majors, Art Machine’s shop manager, lost his younger sister to suicide in 2012.

“When [Stage] told me about her project … I thought to myself ‘I’m not alone in this,’” he says. “There are others like me who suffered in silence because they didn’t know where to turn.”

“Suicide does not discriminate,” says Stage, whose 33rd birthday falls on this First Friday. “This is not something that only happens to the people you think it happens to. I want people to see that they’re not immune … [but] we have an extraordinary amount of power to save lives.” 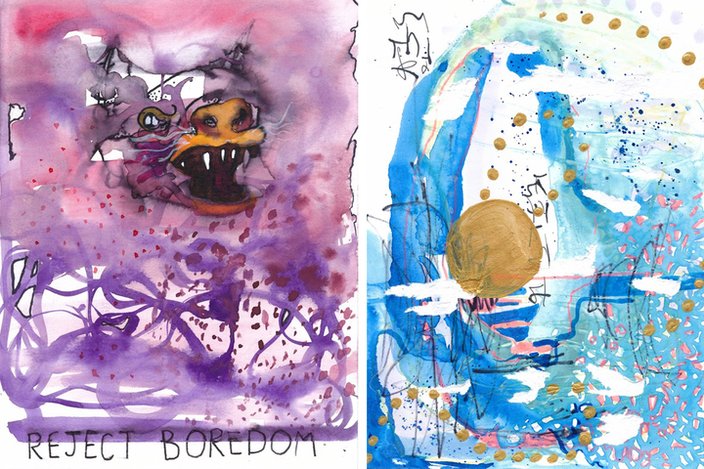 Two pieces from the MAMFAD-X 2016 project.

Like the band The Postal Service, artists Bailey Chick and Abby Daleki found a way to turn mail carriers into agents of inspiration. The pair’s MAMFAD-X 2016 project is focused on teamwork — they asked other artists across the country to collaborate, one right after another, on small drawings as they were snail-mailed from state to state. Each artist added new elements as they received the drawings before mailing them to the next collaborator.

The final 77 unique pieces will be on display through May 29 at Metropolitan Gallery near Rittenhouse Square. “When we started receiving the drawings at the end of the exchange, we were struck by the conversations that had occurred in each piece,” says Chick.

Daleki adds: “There is this romanticized ideal that the outside world expects artists to uphold,” but this project, “shows the messy, weathered, less-than-perfect details and quick, ephemeral thinking that we as artists deal with on a day-to-day basis.”

According to curating org InLiquid, this display of artwork at CRUX Space in the wee Ludlow neighborhood, “explores how digital artwork can be made through a procedural approach: gather data, run an algorithm, output the art.” It’ll feature Leo Hylan’s “Twitter Zombie;” Jeff Brown’s sculptures created from geographical data and a 3D printer; and a piece by Bill Cromar featuring “an open-mouthed Donald Trump.” I mean, now you have to see it.