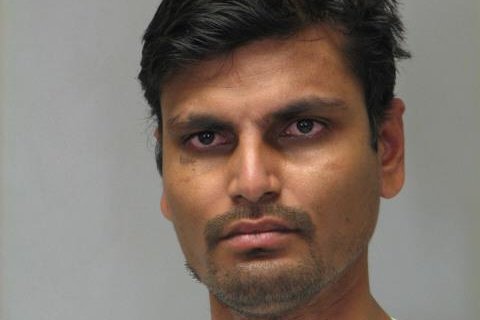 According to the state police's Facebook page, a 21-year-old Philadelphia woman stopped at a Shell Station in Newark shortly after midnight on Friday, May 22. When the woman went to the counter to purchase some food items, male employee Fnu Rajasekhar-Kuram told her she could have them for free.

The woman then went to the store's bathroom. Rajasekhar-Kuram entered the restroom after her using a key. She asked him to leave, but he refused, and allegedly proceeded to touch her in an inappropriate manner.

This led to a struggle, but the woman was able to break free and escape. She contacted police and was treated for a minor injury on the scene.

Rajasekhar-Kuram, 30, was arrested by responding officers and charged with unlawful sexual contact in the first degree, a class D felony in Delaware.

According to police, he was arraigned at Justice of the Peace Court 2 and subsequently committed to the Young Correctional Institution in Wilmington on $5000 bail.