Gillette ad rethinks its own branding of masculinity, sparks backlash 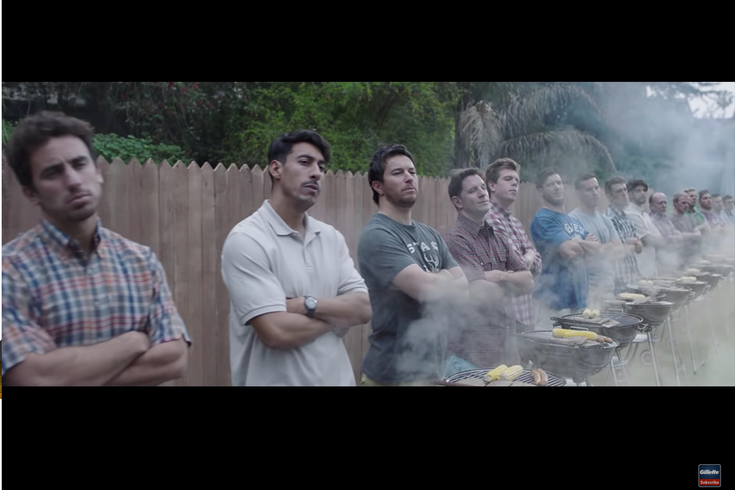 The campaign is called "We Believe: The Best Men Can Be," and it challenges standards of masculinity that the company itself was once instrumental in promoting, starting back in the early '90s.

It opens with images of boys being bullied, news reports of sexual harassment and assaults that have come to light in the #MeToo era, men fighting, and fathers defending bad behavior by just saying, "boys will be boys."

The ad is in opposition to a campaign run by Gillette that first aired during Super Bowl XXIII in 1989 that began with the "The Best A Man Can Get" slogan conjured images of a man playing football, doing well at work, pursuing a woman. As the Washington Post puts it: "The one specific location it invoked was Wall Street, the arena of the ultimate alpha male."

The ad finishes by suggesting men need to hold other men accountable to "say the right thing, to act the right way."

"The boys watching today, will be the men of tomorrow."

But not everyone is in agreement with the new messaging. Piers Morgan called it a "pathetic man-hating ad" in a column for the Daily Mail.

Because the @Gillette ad presumes all men are a**holes until they are directed otherwise.
If they did this to women, feminists would go crazy. https://t.co/Zklc4N0GLQ

I used to love beating up kids at barbecues. Now I realise that is wrong. Also, my balls have never been smoother. Thanks, Gillette.

No thank you...You just lost a 25 year customer of your overpriced razors. Retract this anti-male commercial or I will boycott P&G till the day I die. #boycottgillete

Today I was walking down the street when I noticed a bunch of boys bullying another kid. Of course I stopped and cheered them on and shouted, "Yeah! Bully that kid! Bullying is the best!" But then someone showed me that Gillette ad and I realize now that I was wrong.

The #Gillette commercial is the product of mainstream radicalized feminism— & emblematic of Cultural Marxism.