Remember the GoFundMe scammers of 2017? They're still facing more trouble

Mark D'Amico is now charged by the feds, while Kate McClure and Johnny Bobbitt already pleaded guilty in their federal cases 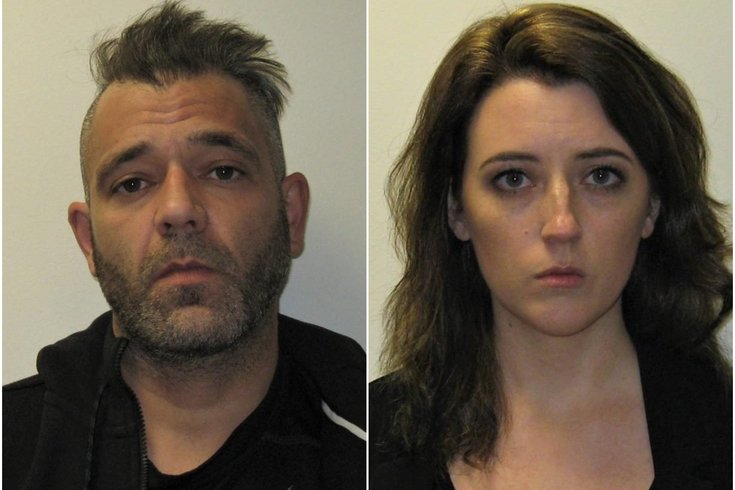 Mark D'Amico, left, is now facing federal charges in the alleged GoFundMe scam from 2017 that purportedly benefited a homeless man. Kate McClure, right, had pleaded guilty to federal charges already, as has Johnny Bobbitt, not pictured above. All three defendants are due to appear in U.S. District Court in Camden in November.

The 2017 GoFundMe scam that polluted all of our headlines for months is still in court.

What started as a feel-good holiday story about a homeless veteran who helped a New Jersey couple ended with more than $400,000 of fraudulently-solicited donation dollars going to waste. The couple, Mark D'Amico and Kate McClure, allegedly conspired with the vet, Johnny Bobbitt, at a Philadelphia casino in October 2017 to plan the scheme.

D'Amico, 40, who was the alleged ring leader, was charged with wire fraud conspiracy and money laundering conspiracy in U.S. District Court in Camden on Thursday. The charges carry a potential for 30 years in prison and a $500,000 fine.

Among the details included in the criminal complaint prepared by the FBI was that D'Amico and McClure allegedly used $11,828 raised from the GoFundMe campaign to purchase Bitcoin and other cryptocurrency.

The court document also transcribed text conversations between D'Amico and McClure, like this excerpt from a conversation on Nov. 17, 2017:

McClure: I don't trust you with any money at all whatsoever and this all needs to be accounted for ... Like I'm really freaking out right now, just being honest.

D'Amico: OK I understand but I'm telling you it's fine ... Trust me with this it was all my idea I'm not going to do anything.

In May, D'Amico pleaded not guilty to a half-dozen fraud and money laundering charges in state court. He also rejected a plea deal offered that carried a five-year prison term.

McClure and Bobbitt have both pleaded guilty to both state and federal charges. McClure faces four years in state prison and must help repay $400,000. She waits federal sentencing in November.

Bobbitt was sentenced in April to five years probation in state court and agreed to help repay the stolen funds. He'll appear in federal court next month.