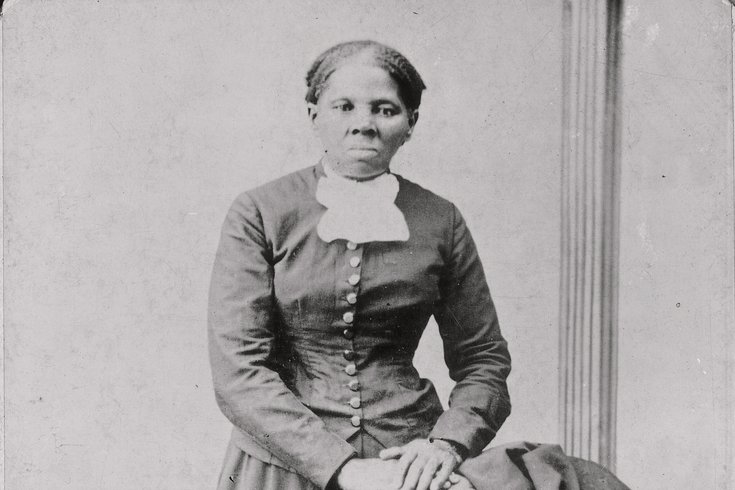 This photograph released by the Library of Congress and provided by Abrams Books shows Harriet Tubman in a photograph dating from 1860-75.

Twenty-dollar bills could soon be known as "Tubmans" if a grassroots campaign succeeds in persuading President Barack Obama to remove Andrew Jackson's portrait from circulation on U.S. paper currency in favor of a famous woman in U.S. history.

Harriet Tubman, an escaped slave, abolitionist and "conductor" on the so-called Underground Railroad that helped slaves escape to freedom during the 1850s, was the overwhelming choice to replace Old Hickory on the $20 note, an online poll showed on Tuesday.

More than 118,000 of the 609,000 people surveyed for the "Women on 20s" petition picked Tubman to be the face of the popular U.S. currency denomination, followed by former first lady and U.N. ambassador Eleanor Roosevelt, civil rights hero Rosa Parks and Wilma Mankiller, the first female chief of the Cherokee Nation.

“Our work won’t be done until we’re holding a Harriet $20 bill in our hands in time for the centennial of women’s suffrage in 2020," Susan Ades Stone, executive director of the group Women on 20s, said in a statement.

The organization said it had informed Obama of the poll results and was urging him to instruct Treasury Secretary Jack Lew to authorize the currency redesign in time to put the new bills in circulation before the 100th anniversary in 2020 of ratification of the 19th Amendment to the U.S. Constitution, which established women's right to vote nationally.

Women on 20s said it focused on the $20 note because the nation's seventh president and founder of the Democratic Party, Andrew Jackson, had helped gain passage of the Indian Removal Act of 1830 that drove Native American tribes from the southeastern United States.

The group also said Jackson was an "ironic" choice for immortalization on the $20 bill given his opposition to paper currency.

Tubman, who in addition to her efforts to free slaves, served as a spy and nurse for the Union Army during the Civil War. Other contenders to replace Jackson on the $20 bill included former congresswoman and civil rights leader Barbara Jordan and American Red Cross founder Clara Barton.