Video: Here's what it looks like when you win $2 million 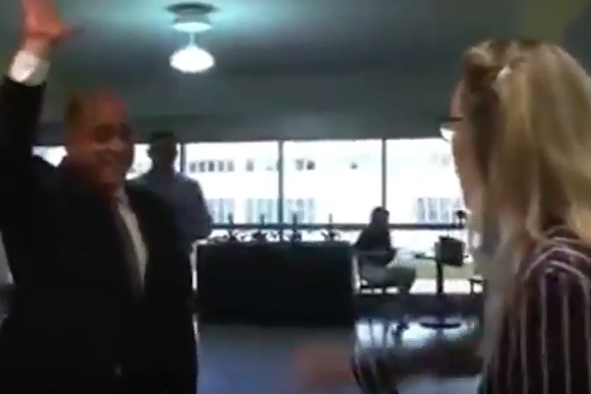 New Jersey resident Jessica Maccarone reacts to news that she won $2 million from her Powerball ticket.

In your dreams, you may have imagined that you won a lot of money, or lost it in a nightmare. Maybe even in reality, for either possibility.

But there's nothing quite like winning money through sheer luck. What do these people honestly do, other than buy a piece of paper with numbers on it? It's unbelievable. Sure, some of it goes to the state for educational and environmental purposes, but it's a small percentage and nothing for anyone to really pat themselves on the back about. They wanted money for themselves.

Often, we see the winners of lotteries posing with giant checks well after they've learned that they're going to be rich. Last March, Bethlehem Senior District Judge James Stocklas won $291 million because of a couple of tickets he bought while on vacation in Florida. He was buying a bag of ice and decided he'd spend $10 as a gag among his friends.

This week, a Newark attorney who stopped by a newsstand, bought a Powerball ticket that turned out to be a $2 million winner in Wednesday's $435.3 million pot. When Jessica Marcone returned to the stand at the Gateway Plaza to check her numbers, she was greeted by reporters, who informed her that she was a millionaire, according to WABC-7 in New York.

Everyone is different, and some might bounce off the walls, but if you've ever wondered what this looks like, here's a great example for you.