All proceeds will go to the organization, which has filed lawsuits challenging recent abortion bans 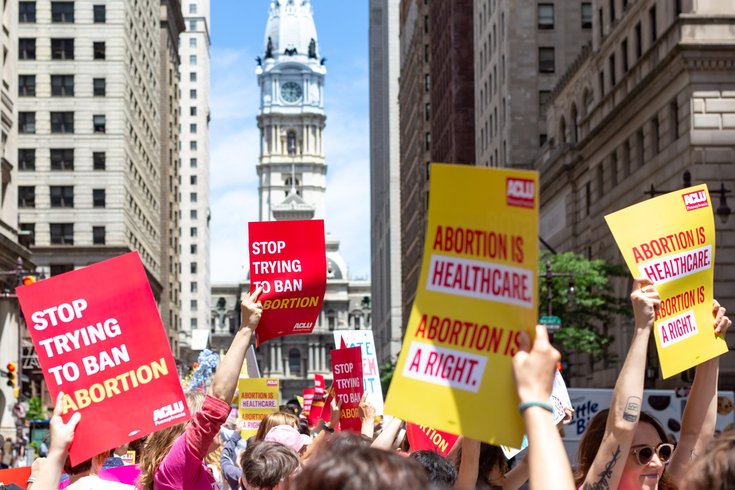 The "Stop the Bans Day of Action" rally in Philadelphia on May 21 was organized by Planned Parenthood of Southeastern Pennsylvania and supported by the American Civil Liberties Union.

Queen Village's Hungry Pigeon, owned by chefs Scott Schroeder and Pat O'Malley, is hosting two "Sit Down to Eat and Stand Up for Abortion Rights" dinners on Tuesday, June 11, with all proceeds going directly to the American Civil Liberties Union to fight anti-abortion laws.

Several states, including Georgia and Alabama, have recently introduced "heartbeat" bills that prohibit abortion once a fetal heartbeat can be detected, which can occur as early as six weeks into pregnancy.

Reproductive rights advocates say this type of regulation threatens the precedent set by Roe v. Wade and is a near-total ban on abortion.

The ACLU and Planned Parenthood have filed lawsuits challenging the bans.

Those interested in attending the Hungry Pigeon's dinner to support the ACLU can sign up for either the 5 p.m. or 8 p.m. seating. The price is $200 per person and includes food, gratuity and beverages.

Various chefs from Philadelphia will be at the restaurant cooking for attendees. Below is the menu provided by Hungry Pigeon.

Sit Down to Eat and Stand Up for Abortion Rights