Do pumpkin spice products have any nutritional value?

From lattes to chewing gum, pumpkin spice is everywhere 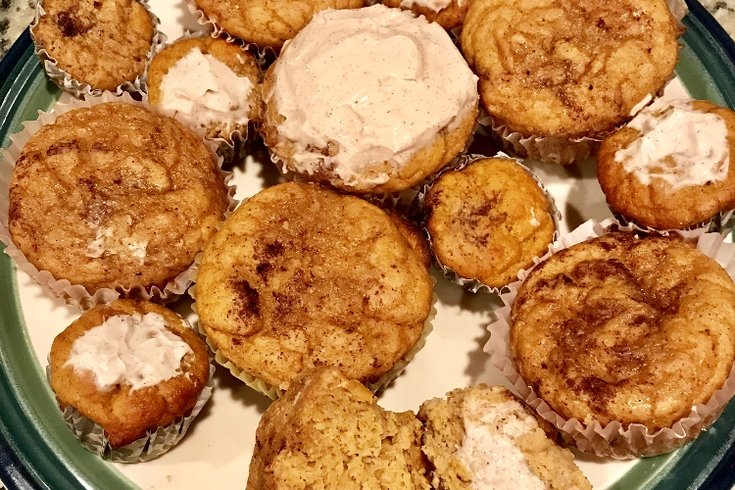 Pumpkin spice is everywhere in the fall. It has some health benefits, but check food labels to verify that the product actually contains pumpkin spice and not artificial flavoring.

It happens every year around the end of September — a spicy-sweet scent takes over coffee shops, bakeries and grocery store aisles. I’m talking about pumpkin spice. It is infused in everything from pumpkin pie and lattes to chewing gum and lip balm.

Real pumpkin spice is a mix of various spices that have a cornucopia of health benefits. Take Betty Crocker’s recipe for example:

• 18 parts ground cinnamon. Cinnamon is a very popular spice that may help control blood sugar in diabetics, plus antioxidant benefits.

• Four parts ground nutmeg. Researchers discovered that humans have been using nutmeg as food for more than 3,500 years. Nutmeg contains antioxidants, small amounts of fiber and B vitamins. It has a sweet flavor that pairs well with savory foods.

• Four parts ground ginger. Ginger is known for its medicinal purpose. Some possible health benefits include reducing nausea and pain. It also contains small amounts of iron, potassium and zinc.

• Three parts ground cloves. Cloves might not be a common ingredient but they are high in antioxidants and may help regulate blood sugar–and complement the pumpkin spice blend.

• Three parts ground allspice. Allspice was originally named "pimento," Spanish for “pepper.” It was renamed to allspice for its hints of pepper, cloves, cinnamon, nutmeg and juniper. Allspice may help relieve pain and eases stomach upset.

The key to reaping these benefits is to make sure this spice is listed in the first five ingredients, and not at the end of the label or listed as less than 2% in the product.

Just one cup of this winter squash contains 200% of your recommended daily intake of Vitamin A, which helps promote night vision, and has only 49 calories with three grams of fiber. 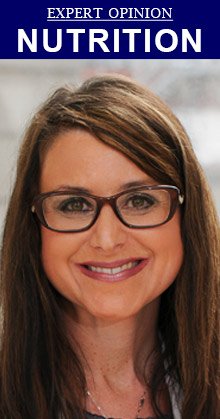 Pumpkin also contains more potassium than a banana and is rich in beta-carotene, which may play a role in cancer prevention according to the National Cancer Institute.

Before you decide that pumpkin pie is healthy, remember that there’s often a lot of sugar added to pumpkin products. For example, that delicious Starbucks Pumpkin Spice latte contains both real pumpkin and pumpkin spice, but it is also filled with sugar and fat.

A grande, made with 2% milk and whipped cream, has a 50 grams of sugar and 14 grams of fat. And at a whopping 380 calories, you’d be best to stick to this as a treat versus your daily coffee.

I advise my clients to resist the urge to stock up on processed products and make their own using fresh or canned pumpkin and real pumpkin spice.

2. Lightly grease or line a muffin tin – Use non-stick cooking spray for both options.

4. In a separate bowl – whisk egg, milk, Greek yogurt, pumpkin and applesauce together.

5. Add the wet mixture into the dry ingredients and stir together.

6. In another small bowl, mix Truvia brown sugar and cinnamon.

7. Scoop batter into muffin tins to the rim.

9. Bake at 350 for 17-20 minutes until golden brown and tops spring back when lightly

10. Allow to cool an additional 30-45 minutes before applying topping.

2. Apply a thin layer on top of cooled muffin – or spread inside the muffin. 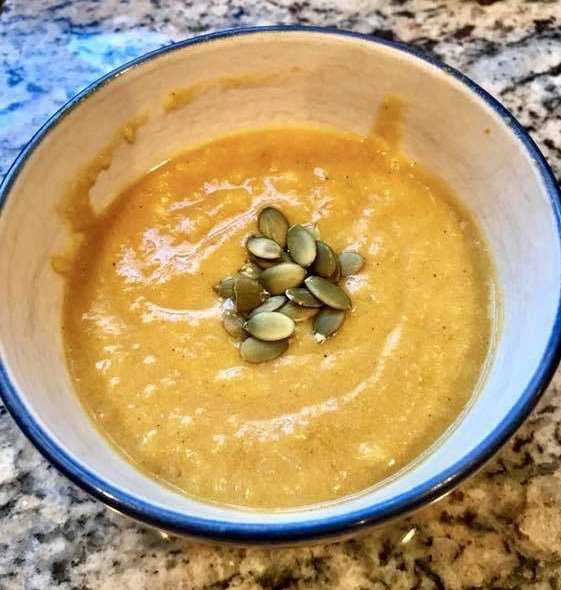 Creamy pumpkin soup offers the health benefits of pumpkin and its fun season flavoring – without all the sugar that comes in popular products like pumpkin lattes and pumpkin pies.

1. Heat olive oil in a large pot over medium-high heat and add onion.

4. Bring to a boil, then turn the heat to low and simmer for about 10 minutes.

5. Microwave rice cauliflower as directed. Then add to soup, stir and simmer another 10 minutes.

Emily Rubin, R.D., has been a registered dietitian with Thomas Jefferson’s division of gastroenterology and hepatology for 18 years. She is the dietitian for its celiac center, Fatty Liver Center and Weight Management Center. She is also the public relations chair for the Philadelphia Dietetic Association. She will be writing occasionally on topics related to nutrition and dieting.