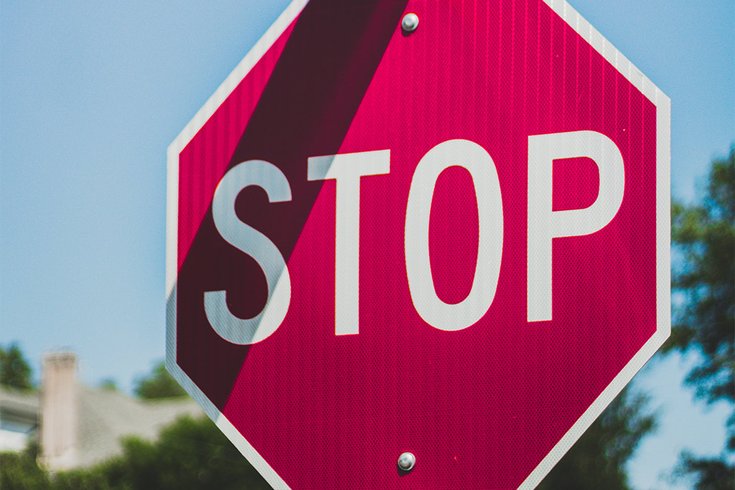 A Pennsylvania borough is trying to remove stickers from its stop signs, but they just keep popping up.

The stickers are reportedly the product of a white nationalist corner of the web, and are designed to sow racial division in American communities.

In a since-deleted Facebook post, Emmaus asked residents to help deal with the "racist" stickers. When public works employees removed them, they would appear on stop signs the next day. The signs, according to the post, don't represent the community's identity.

"If you see these stickers, please don't be afraid to tear them down," the post read.

"If you see someone that is NOT a Borough worker doing something at one of our signs, please call the police."

As local media reports have since uncovered, the stickers read: "It's ok to be white." Emmaus isn't the first community to see these stickers pop up all over. A November 2017 Washington Post story noted they've been seen on college campuses and towns in Minnesota, New Orleans, Maryland, Ohio and elsewhere.

The newspaper traced the organs of the stickers to the online forum 4chan, where a group of white nationalists spawned the idea. Per the Post:

A series of messages said people should print signs reading “IT’S OKAY TO BE WHITE,” post them on college campuses and elsewhere, and then stand back and watch the fun begin. News reports would draw attention to the posters, the writer behind the idea predicted. Then white Americans derisively referred to as “normies” in the white nationalist ecosphere will discover that American journalists and “lefties” hate white people. In the process, normies will stop regarding news outlets as credible. That would deal a damaging blow in the culture war, the post said, inevitably converting more “normies” to the white nationalist, alt-right side. It could be that easy to seed social disruption, the post implied.

Borough Manager Shane Pepe didn't say anything in an interview with The Morning Call about why the Facebook post was removed or who wrote it. He did, however, say that some angry Facebook commenters criticized the decision to remove the signs, with one person equating the slogan to Black Lives Matter. Pepe told the newspaper that people should do their research and understand where it came from, noting, "they should understand it’s not just saying it’s OK to be white."