James Bond has a Philadelphia connection that may surprise you

As the trailer for 'No Time to Die' debuts, we explore the fictional British secret agent's link to a real Academy of Natural Sciences ornithologist with same name 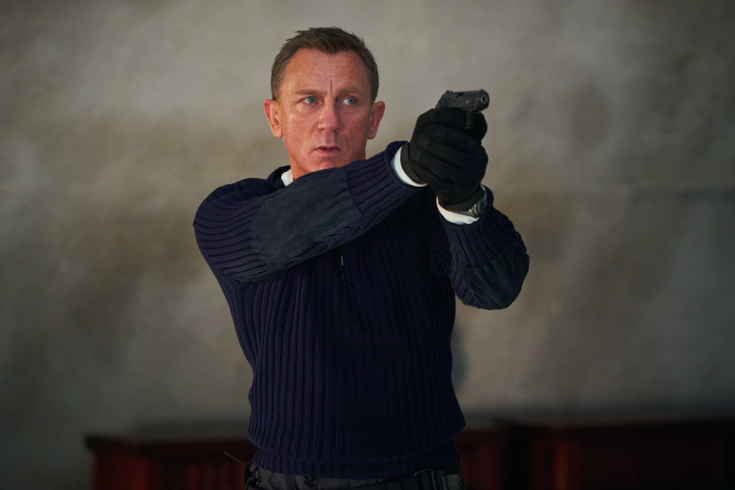 James Bond, seen above in the upcoming movie 'No Time To Die,' as played by Daniel Craig, has Philadelphia roots. Bond author Ian Fleming borrowed the name for his the famous character from James Bond, and ornithologist at the Academy of Natural Sciences, who he befriended because of his love for birds.

We've been anticipating the return of James Bond since 2015 and finally, the first trailer for "No Time to Die," starring Daniel Craig as the British secret agent, has been released.

In the sequel to "Spectre," coming in 2020, Bond's peaceful life in Jamaica is interrupted by his old friend Felix Leiter (Jeffrey Wright) from the CIA who needs 007's help.

Of course he was going to be pulled back into the spy game. His name is Bond. James Bond. And fans have impatiently waited to hear 007 say his iconic line again while on a new mission.

What's interesting, though, is that while the name James Bond has a firm place in pop culture, not many know about its origins – or its Philadelphia connection.

"'The real James Bond,' as Ian Fleming liked to call him, spent almost 50 years of his professional life here in Philadelphia at the Academy of Natural Sciences, where he was the world's authority on birds of the West Indies," explained Robert McCracken Peck, a senior fellow of the Academy.

"(The Philadelphia James Bond) would have been much more with the #MeToo movement today than he would have been with the Sean Connery figure who was forever making advances on women." – Robert McCracken Peck, Bond's friend

Fleming, the author who created the beloved James Bond series of spy novels, was an avid bird watcher. He came across the book "Birds of the West Indies" by James Bond, an ornithologist from Philadelphia, and was struck by the name.

The Academy published the book in 1936 and a first edition remains within its library and archives. Watch 2002's "Die Another Day" starring Pierce Brosnan and catch a glimpse of a copy of the book in an early scene – it's an Easter Egg for those in the know.

"(Bond and his wife Mary W. Bond) actually visited Fleming in Jamaica in 1964. He invited them to come to Goldeneye, which was his house there, and he gave them lunch. Then at the end of their visit, he gave them a copy of his newest book – he had an advance copy of "You Only Live Twice" – and in it he put an inscription, which was 'To the real James Bond from the thief of his identity,'" said Peck, who once saw the gift on the Bonds' table.

Peck, who started working at the Academy in 1976, got to know the couple toward the end of the ornithologist's life. Bond died in 1989.

"Although he was no longer coming in on a regular basis, he was still very much involved in the whole field of ornithology, and so he often asked me to bring things out to his apartment in Chestnut Hill. I would take his mail to him and bring out books he wanted to borrow from the library, and he and Mrs. Bond would have me for tea," he recalled.

While visiting the Bonds at Hill House, a high-rise located near the Chestnut Hill West train station, Peck would listen to stories about Bond's many trips to the Caribbean to work with birds.

The ornithologist, who actually went by Jim not James, is remembered by Peck as being charming, with a great sense of humor.

"I have such fond memories. He almost looked the part of Sean Connery. He had been educated in England, went to the boarding school Harrow and to Trinity College Cambridge, and often dressed in tweeds. He was just such a gentleman, through and through," Peck said.

Connery was the first actor to play the spy in the film series. Bond shied away from any connection to the other, secret agent Bond, though, switching the conversation back to birds if the topic came up.

"I think he was embarrassed by all the fanfare that he got and the attention, and he particularly did not want to be associated with someone who was a romantic womanizer," Peck said. "He would have been much more with the #MeToo movement today than he would have been with the Sean Connery figure who was forever making advances on women."

The fictional Bond's chauvinistic persona was recently discussed by "Fleabag" creator Phoebe Waller-Bridge, who co-wrote the "No Time to Die" script.

"There's been a lot of talk about whether or not (the Bond franchise) is relevant now because of who he is and the way he treats women,” she told Deadline. "I think that's bollocks. I think he's absolutely relevant now. It has just got to grow. It has just got to evolve, and the important thing is that the film treats the women properly. He doesn't have to. He needs to be true to this character." 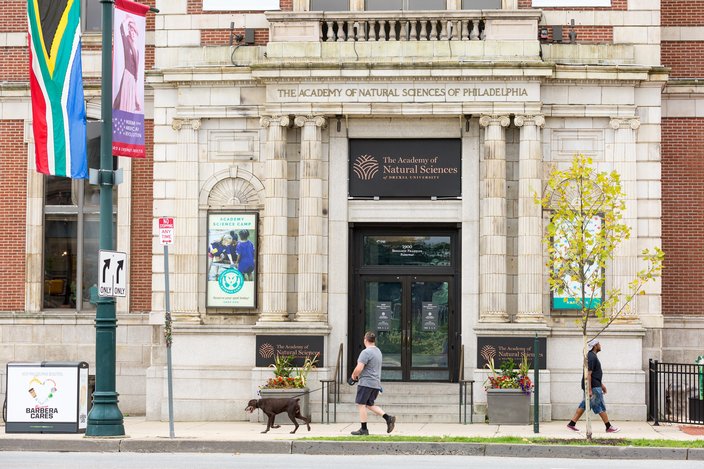 James Bond worked at the Academy of Natural Sciences, located on the Benjamin Franklin Parkway in Philadelphia. He was an expert on Caribbean birds.

Philadelphia's Bond did have something in common with the character, though, Peck recalled.

"His wife used to joke about this – that he was often carrying guns," Peck said. "He would go in and out of the Caribbean, carrying shotguns and pistols and so on and the people at customs would – after the Fleming books started coming out – do a double take. Look at his passport. Look at all the guns. Then just nod and let him through."

Interestingly, in the new "No Time to Die" trailer, Craig's Bond seems to have some trouble going through security and must remind them he's Bond. James Bond.

Despite the Bonds' visit to Goldeneye and Fleming's personal inscription in "You Only Live Twice," there is a chance the author did not actually borrow Bond's name from the Philly ornithologist, or at least not entirely. Earlier this year, the BBC reported on newly released records that revealed an intelligence officer named James Charles Bond was a member of a secret elite unit working on missions under Fleming during his time in the British military, before he became an author.

"He confessed to Mary that he had stolen the name (in a letter). I had not heard about this more recent claim that there was someone whom (Fleming) had worked with in the secret service, who had a similar name that someone thinks may have been adopted from for his book," Peck said. "Certainly in all of Fleming's correspondence with the Bonds and some interviews that he did back in the '60s, he focused on the James Bond here in Philadelphia."