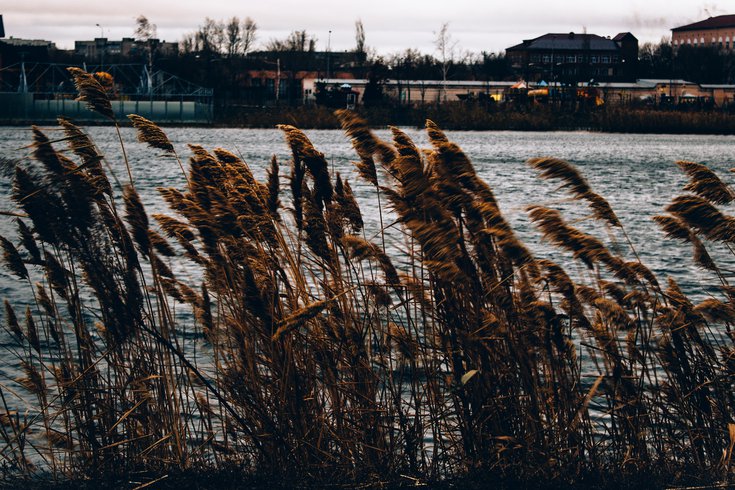 Phragmites, also known as common reed, are an important part of wildlife conservation in many parts of the world. In the U.S., certain non-native phragmites have become invasive as they spread across marshes and wetland areas. A small 'island' of phragmites was removed from the middle of New Jersey's Metedeconk River in Ocean County on Nov. 11, 2021.

The Metedeconk River, a tributary of the Barnegat Bay in Ocean County, became the scene of an unusual effort to redirect a small island of vegetation that broke loose on Thursday afternoon in Brick Township.

The marine bureau of the New Jersey State Police and a small vessel from the U.S. Coast Guard responded to the area of Windward Beach on Thursday afternoon to deal with the island of reeds, according to Brick Shorebeat, which first reported that a "piece of land" was floating down the river.

From a distance, a video in the Brick Shorebeat story shows the small vessels pushing the mini island toward a marsh at the west end of the river, where police believe it had been before it broke loose.

A spokesperson for the New Jersey Department of Environmental Protection told NJ.com that the island isn't a land mass, but rather a "mat of vegetation" known as phragmites, or common reed.

Though not necessarily unusual, phragmites are an invasive species and can be a nuisance to boaters and property owners who live along bodies of water where they may become an obstruction.

Brick Shorebeat reported that one reader wrote in to say the island seen on Thursday had actually been loose for some time and had gotten trapped along a series of docks. At the time, the woman said that she and her neighbors were told they would have to remove it themselves.

A high tide on Thursday afternoon seems to have been the force that broke the phragmites free and sent them out into the middle of the river.

The removal of phragmites can be an intensive, costly process that sometimes relies on a combination of herbicides, mechanical removal and burning of dead stalks. The rhizomes underneath these masses exist underground and can require several years to fully eradicate to prevent a future infestation.

As for the scene in Brick Township on Thursday afternoon, residents along the river can at least be grateful this mass was on the smaller side. In some settings, they can grow to be hundreds of acres and potentially leave much larger chunks floating adrift.