Join Tidal Schuylkill Boat Parade with anything that floats 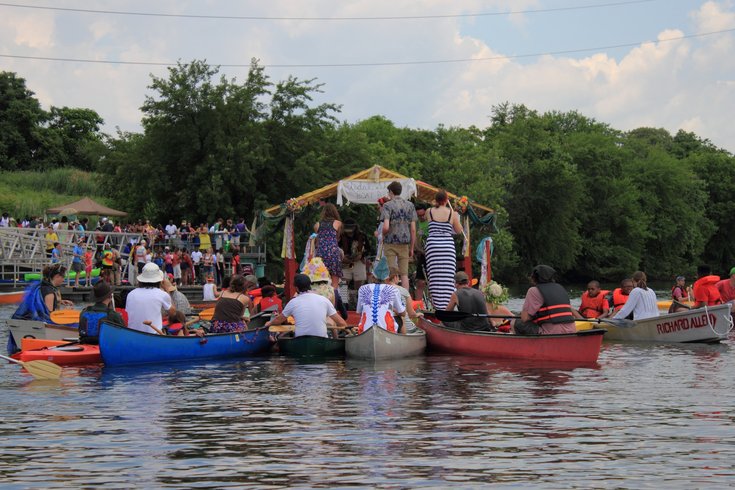 Ever wanted to join a boat parade? Well, the Tidal Schuylkill Boat Parade, part of the Bartram's Garden Community River Fest, is answering your wishes. Since 2011, the event has gathered families and friends in crazy outfits for an 8-mile trip up the Schuylkill.

Sunday, June 14, paraders will depart from the Batram's Garden Community Boathouse promptly at noon. Anyone can enter, and no registration is required; all you need is something that floats and a costume. It's almost like the Kensington Kinetic Sculpture Derby, but on water.

Paraders with floats, boats or other watercraft should head down at high tide to the load-in area. For paraders without floats, a limited number of kayaks and canoes will be available on a first-come, first-served basis. Spectators can watch the parade, which proceeds until 2 p.m., or hang out at the River Fest, which will feature a petting zoo, a bike rodeo, a farmers market and more.

Awards will be given out for best craft, best costumes and more. Float on!