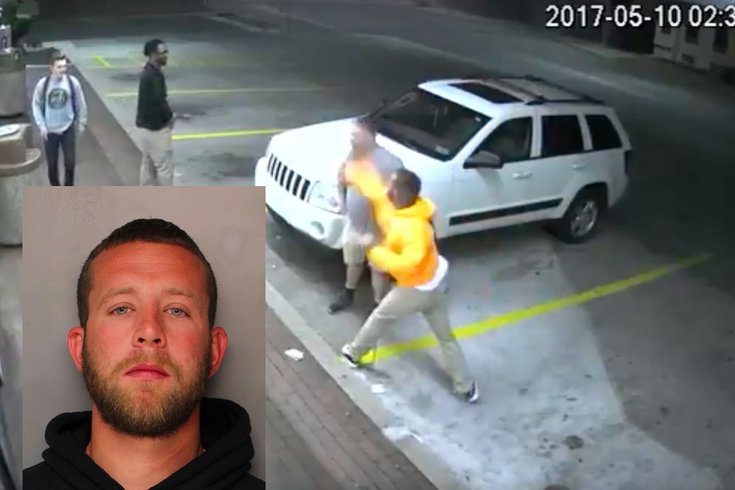 The saga of Barry Baker, the man who sucker punched an innocent victim with cerebral palsy, came to an end Wednesday after a Common Pleas Court judge sentenced him to three-to-six years in prison.

A viral video of the May 10 incident, captured by a security camera outside of a 7-Eleven in West Chester, provoked outrage across the region and sent the 29-year-old Baker into hiding for several weeks. A multistate manhunt ended when US Marshals tracked him down at a hotel in Exton, where he had booked a room under a false name.

"I want my life back," said Baker, who has spent months locked up at Chester County Prison. "This will affect me for the rest of my life. I just want a chance to rebuild it."

Baker had a history of offenses leading up to his attack on 22-year-old Michael Patrick Ryan, whose neurological disorder Baker mocked at the convenience store after a night of drinking.

When Baker fled from his home in Delaware after the assault, warrants were issued for separate petty offenses including a probation violation for the receipt of stolen property from a vehicle and outstanding child support payments. In 2007, he pleaded guilty in a case involving the theft and sale of military flag holders taken from the grave sites of veterans at a pair of cemeteries in West Brandywine and East Fallowfield.

"You are a predator. You are a coward. In 18 years on the bench, I have never had such tangible evidence of someone's moral compass being so askew."

In the months leading up to his sentencing, Baker complained of an assault by corrections officers and said that he was never given a chance to tell his side of the story. He claimed he had confronted Ryan for being rude to a woman at a bar earlier in the night and that the two later crossed paths at 7-Eleven.

Baker's attorney, Thomas Purl, said Wednesday that his client had mistaken Ryan for someone else and was remorseful for his actions.

Hogan told PhillyVoice in May that he will look to work with legislators to ensure that future attacks of this nature are treated as hate crimes under Pennsylvania criminal statute.

"The fact that we don't have a law for physical and mental disability is disturbing," Hogan said.

Baker will have 30 days to appeal the sentence.