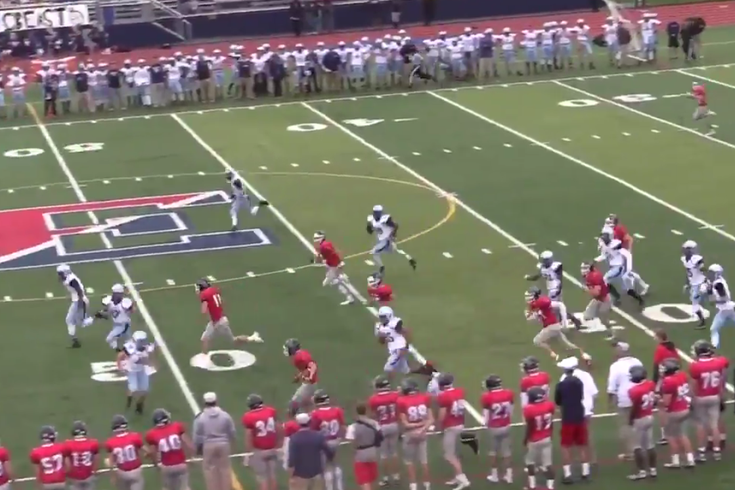 In Saturday’s game against unbeaten North Penn, Central Bucks East set up a pretty sweet reverse play on a kickoff. The Patriots returner was able to bring the ball back inside North Penn territory for great field position.

But he ended up paying a pretty big price, thanks to North Penn kicker Kelly Macnamara:

That hit might have made the cut for Monday Night Countdown’s “Jacked Up!” if that segment still existed. Macnamara had a strong day kicking, finishing with two field goals and three extra points in North Penn’s 33-14 win.

According to North Penn athletic director Bill Bartle, Macnamara is the first female football player in school history. The Knights currently sit atop the Suburban One League’s Continental Conference with a 7-0 (4-0 league) record.