The thriller filmed in South Jersey earlier this year hits theaters on Feb. 3 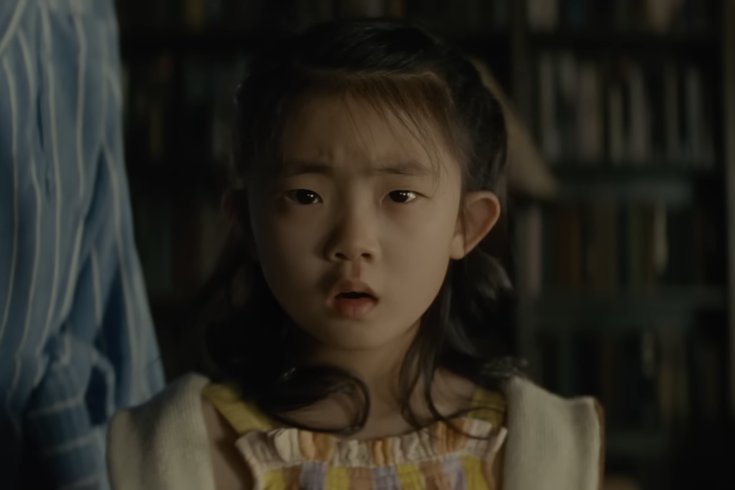 In the trailer for M. Night Shyamalan's latest thriller, 'Knock at the Cabin,' a young family vacationing in a remote cabin is taken hostage by four armed strangers. They are then forced to make a difficult choice to avert the apocalypse. Shyamalan's 15th feature film hits theaters on Feb. 3, 2023.

Universal Pictures released the first trailer for M. Night Shyamalan's latest thriller, "Knock at the Cabin," which tells the story of a young family that's forced to make a tough decision to prevent an apocalypse while being held hostage.

The film is based on the novel "The Cabin at the End of the World" by Paul Tremblay. Though the book takes place in New Hampshire, production on the movie – like many of Shyamalan's projects over the years – took place primarily in South Jersey.

"While vacationing at a remote cabin, a young girl and her parents are taken hostage by four armed strangers who demand that the family make an unthinkable choice to avert the apocalypse," a plot synopsis says. "With limited access to the outside world, the family must decide what they believe before all is lost."

In the trailer, the family is seen happily driving to a cabin in the woods, singing along to the radio. When they get there, they're enjoying their vacation until their daughter is approached by a strange man while sitting outside. The man calmly tells her that he's there to make "friends" with her and her parents, but is "heartbroken" because of what he has to do.

Two other people arrive to the cabin, and the child runs back into the house to tell her parents what happened. Before they can make a decision, they hear a knock at the door. Though they don't let the strangers in, they are able to break in using pick-axes and hammers, and take the young family hostage.

"See, the four of us have a very important job to do," said Leonard, played by Dave Bautista. "In fact, it might be the most important job in the history of the world."

Shyamalan, who grew up in Lower Merion, is at the helm of directing, co-writing, and co-producing the film. His Berwyn-based production company, Blinding Edge Pictures, is involved with the project.

"Knock at the Cabin" was first announced in October 2021, and filming began in April. Shyamalan likes his movies to be set and filmed in the places where he grew up. Heery-Loftus, a casting agency that serves the Greater Philadelphia region and South Jersey, began casting extras for the film in late April. Production occurred in Tabernacle Township, Burlington County.

Just one week after filming began on the project, Shyamalan noted on Instagram that one seen "shook me up so much," that he had to walk away from the set to collect himself.

Recently, Shyamalan directed his last episode of "Servant," his Apple TV+ series that will end after its fourth season. A release date hasn't been officially announced yet, but fans can look for the final season in early 2023.