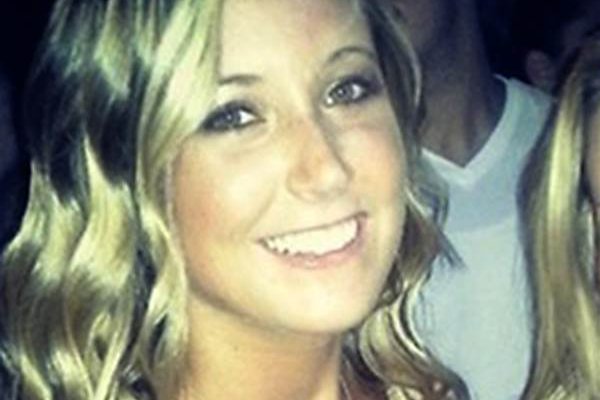 The jury in the assault trial of Kathryn Knott will begin deliberations on Wednesday after prosecutors and her defense attorney made closing arguments on Tuesday afternoon.

Knott testified earlier Tuesday that she did not strike anyone or use homophobic language on the night two men were beaten in Center City last year.

Knott, 25, of Upper Southampton, is the last of three defendants to face charges in the beatings of Andrew Haught and his partner, Zachary Hesse, as they walked to get pizza in Center City on Sept. 11, 2014. She is charged with aggravated assault, simple assault, conspiracy and reckless endangerment for her alleged role in the beatings, which left Haught with broken cheekbones and a fractured upper jaw that needed to be wired shut for eight weeks.

The other defendants – Kevin Harrigan and Philip Williams – pleaded guilty earlier this year to assault and conspiracy charges. They were sentenced to probation and 200 hours of community service at an LGBT Center.

Knott was near the middle of a group of 15 people, she testified, when the incident broke out behind her at 16th and Chancellor streets. She turned around to see Pat Conly, a member of the group, getting up from the ground, she testified, but she did not see what had preceded his fall.

Knott went toward the confrontation and said she was standing to the side when she saw Haught push her friend Taylor Peltzer's arm away. She said she then saw Williams rush at Haught and hit him once.

"I saw Phil go to pull his arm up," Knott said. "That's when I ran toward him to try and stop him. I didn't want to see anyone get hurt. ... Once I saw Phil connect with Mr. Haught, I turned and ran the other way."

During closing arguments, Busico urged the jury not to be distracted by Knott's Twitter page, alleging prosecutors are using it to hide behind a lack of evidence.

"Don't be distracted by things that aren't about Sept. 11, 2014," Busico said. "Don't look over there. Look right here where the pitch is coming."

Buscio also distanced Knott from the actions taken by Harrigan and Williams, both of whom he repeatedly criticized. Busico labeled Harrigan a "moron" with a "big, arrogant mouth" and Williams as an aggressor who went "berserk" on Haught. Busico offered an apology to Haught on behalf of Williams.

Barry called Knott's alleged actions a hate crime, saying her tweets show she shared the same hatred toward gay people displayed in the actions of Harrigan and Williams. He questioned why four people — the two alleged victims and two independent witnesses — would say they saw a girl strike a man if it didn't happen.

Barry also questioned the reliability of the four defense witnesses who testified Monday, alleging they had ample opportunities to collectively form a story before speaking with police. That story, he said, was that Phil Williams hit Haught — but only once.

"These people were in the news," Barry said. "They were suspects. And it was time for somebody to go down."

Each of the four witnesses who testified Monday were among a group of 15 people who had dined with Knott and others at La Viola on South 16th Street earlier in the evening. Their testimony differed significantly from that given last week by Haught and Hesse, who testified that the encounter began with homophobic slurs by Harrigan before they were beaten.

Two independent witnesses testified earlier that they saw Knott strike Hesse. In their testimony, Hesse said Knott shouted homophobic slurs at him and struck him, and Haught said he saw Knott swinging at Hesse before he was hit by Williams.

Knott acknowledged during testimony that she ran after Williams, as depicted in a video shown several times during the trial, saying she feared Williams would hit Haught.

"I ran toward them because I wanted to make sure no one got hurt," she said.

Knott testified she did not see the extent of the injuries Haught sustained and was shaken up as her group moved on to Tir Na Nog, a bar at 1600 Arch St.

"He didn't look unconscious to me," Knott said. "He was holding his head and sitting up."

At no point, defense witnesses have testified, did Knott throw any punches. The witnesses described her as someone standing on the periphery. 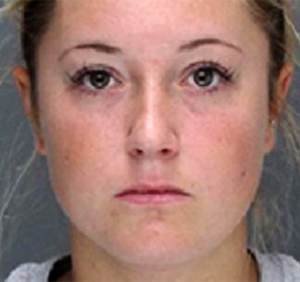 "The screams were loud," Knott, pictured left, said from the stand. "It was horrifying to see what was happening. I had never been in that type of situation in my entire life. It was scary."

Knott testified that she did not hear anyone in the group use the slur "f----t" at any point.

The group left the scene and continued on to Tir Na Nog for drinks. But no one contacted police until after news media broadcast a video of the group walking to the Irish restaurant and bar, a fact repeatedly pushed by prosecutors.

Knott testified that she heard sirens and saw an ambulance or two drive by as the group made its way to the bar, but said she had "no idea" where they might be going.

"It's Center City," she said. "There are ambulances and sirens all over the place."

Knott said she was not going to return to the scene that night because she was afraid someone might attack her. She said she texted her father, a police chief in Chalfont Borough, Bucks County, to say a fight occurred and that she would be home safe the next morning.

"I was afraid of everything that had just happened," Knott said. "I had never been in that type of a situation. I was shaking."

Barry questioned Knott's assertion by forcing her to admit she previously had tweeted about being thrown out of a bar during spring break in 2012. Knott said she could not recall what led to her being thrown out of the bar, but acknowledged it was a "poor decision."

As Knott began her testimony on Tuesday morning, the courtroom was the fullest it has been since the trial began Thursday.

Knott acknowledged she posted the four tweets to her Twitter account that were entered into evidence Monday. The tweets each took place in the years prior to the incident. One stated "@krissstenxoxo the ppl we were just dancing with just turned and mafe out with eatch other #gay #ew."

Knott testified that she was offended by the public display of affection, not the sexuality of the couple. She said she included the hashtag "gay" in the tweet to describe the situation.

The other tweets stated "Jazz flute is for little fairy boys," "@go_nads he's gonna rip me today for my hair..just wait. #dyke" and "this camo song is gay like all the other brad paisley songs."

Knott testified that the "Jazz flute" tweet is a direct quote from the comedy film Anchorman and that she used the word "gay" in another tweet to say she found the Brad Paisley song lame. She testified that she does not find gay people disgusting or use the term "dyke" every day.

"What's said there wasn't demeaning toward anybody," Knott said of the tweet about her hair. "I wasn't talking to anybody specific."

Prosecutors used the opportunity to question Megan Malatesta, 25, on whether Knott had ever used her relationship with her father in an improper fashion. Malatesta said she had not.

Prosecutors then highlighted a pair of tweets in which Knott praised her father for ticketing a man who ran her off the road and for allowing her to knock down a door during a police raid.