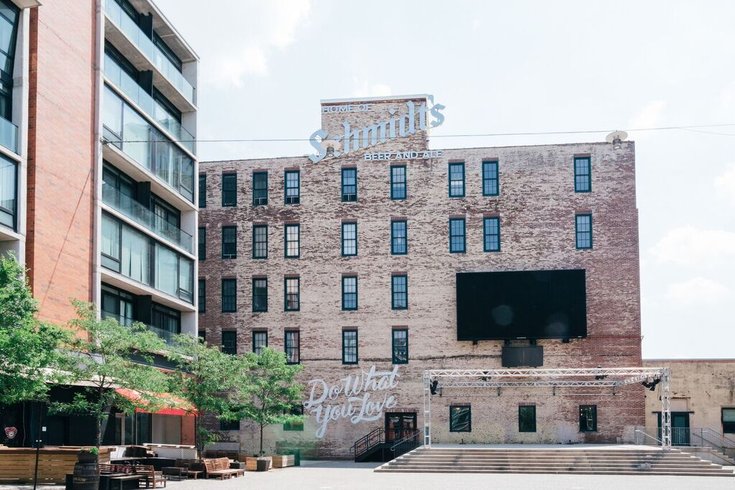 The Piazza is getting re-christened as The Schmidt's Commons.

Schmidt's Commons, the once bustling Northern Liberties hotspot known as the Piazza, will look to new owners for its second revival attempt in five years, according to a statement released Friday afternoon.

Kushner Companies partnered with Oak Tree Capital Management to acquire the property for $130 million in 2013, changing its identity in hopes of injecting new life into the community. The massive plaza, surrounded by about 500 pricey apartments, has seen frequent turnover in the ground-floor commercial space over the past several years.

WeWork, the co-working space with four locations in Philadelphia, is the largest tenant at Schmidt's Commons and will be under lease for another seven years, Post Brothers CEO Michael Pestronk told Bloomberg.

Post Brothers will now have a controlling interest in the property, one of several parcels on the site of the former Schmidt's Brewery. Oak Tree will retain its ownership stake.

“We see a tremendous amount of potential in this property,” Pestronk said in a statement Friday. “There is an exciting energy in this neighborhood, and Piazza is the only rental property of this scale in the area. Our goal is to create re-imagined apartments complimented by a best-in-class amenity package that will meet the demand from Northern Liberty’s thriving, upwardly-mobile community.”

The apartments at Schmidt's Commons, beset by higher-than-average vacancy rates, failed to take firm root among the neighborhood's younger cohort. Previous uses of the plaza as an event space, including for Radio 104.5's summer concert series, were short-lived after neighbors complained of the crowds and excessive drinking.

Post Brothers plans to renovate the apartments with new kitchens, bathrooms and various design elements, adding a pool to the courtyard and introducing a fitness studio with regular programming. They hope to attract a more mature group of tenants.

The change in ownership comes as developer Bart Blatstein, whose Tower Investments, originally owned the Piazza, moves forward with plans for another new apartment complex next to Schmidt's Commons. That plan has been praised by Northern Liberties Neighbors Association president Matt Ruben.

Post Brothers believes the property can be restored to its former glory.

“Northern Liberties is already a thriving community,” Pestronk said. “There is a steady influx of people moving to the neighborhood, and we believe there will be a demand for housing that’s luxurious, yet attainable.”