Check out Philly landmarks made of LEGO bricks 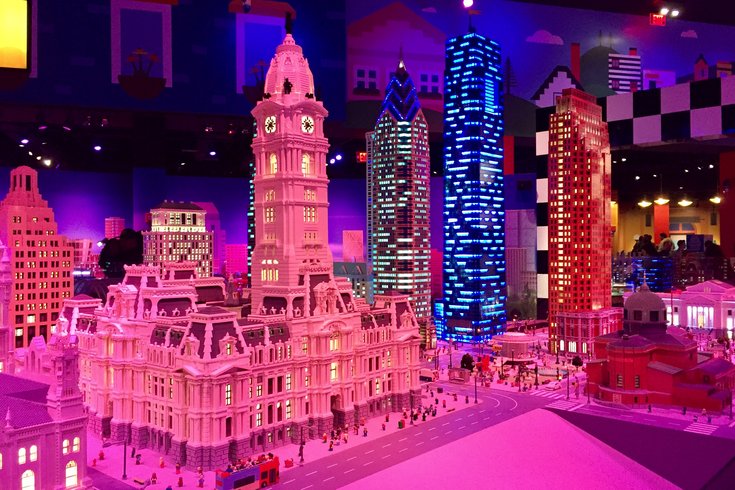 In LEGOLAND at the Plymouth Meeting Mall, there is a replica of City Hall made from LEGO bricks. 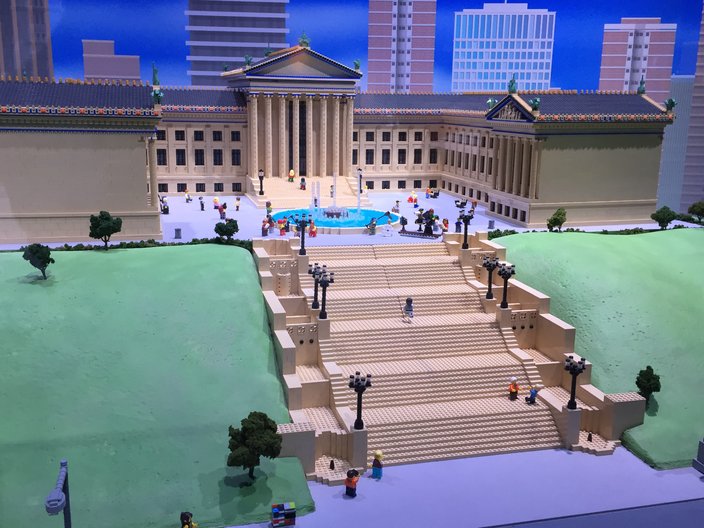 A miniature Rocky climbs the Philadelphia Museum of Art steps. 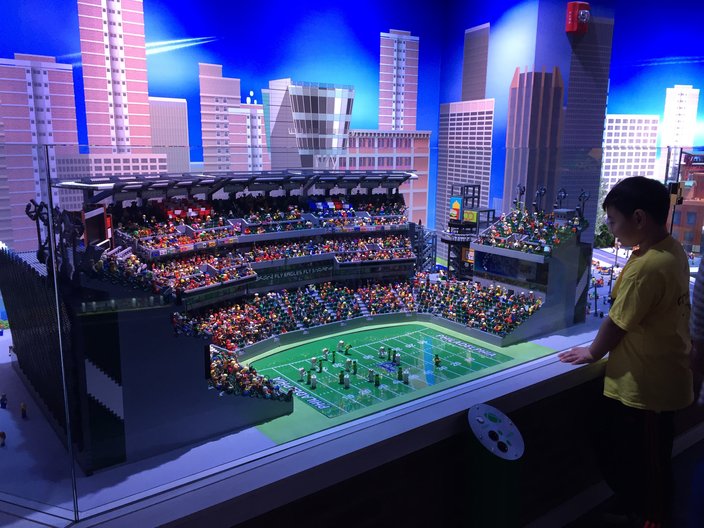 The majority of these LEGO fans are rooting for the Eagles.

As for the other play zones, there are activities for every kind of LEGO builder.

• Imagination Express – Go on an interactive LEGO ride that leaves from Brick Station.

• LEGO 4D Cinema – Watch a movie in the auditorium.

• Pirate Adventure Island – A soft play area where kids can climb aboard a LEGO-themed pirate ship.

• DUPLO Park – Little builders can get creative with big and soft bricks.

• Earthquake Tables – Can your LEGO skyscraper pass the earthquake challenge? 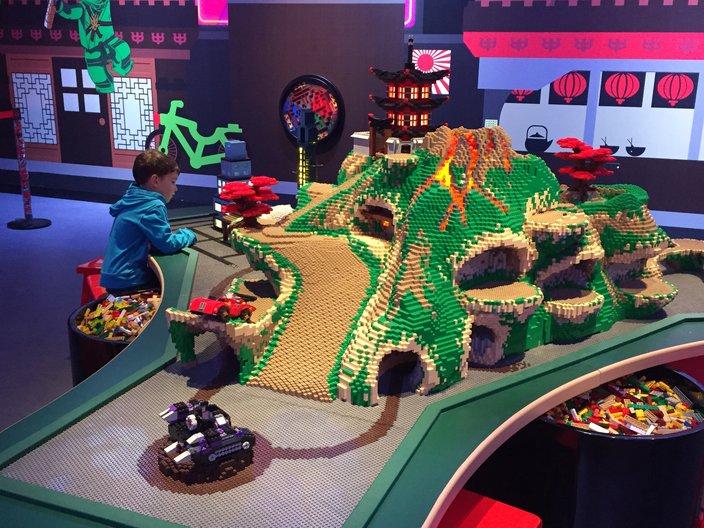 Be a ninja for a day at LEGOLAND.

At many of the stations in the 33,000-square-foot Discovery Center, there are buckets of bricks for little builders to use their imagination.

To keep the thousands of LEGO bricks sanitary through their many uses, they are cleaned on a daily basis according to a strict schedule and procedure.

Tickets for LEGOLAND are currently available and start at $19 per person for single-day admission. The Discovery Center is ideal for children ages 3-10.

“We are excited to give families the unique opportunity to be immersed in a colorful world of creativity, learning and imagination beginning on April 6, just in time for when many students in the Greater Philadelphia region will be on spring break from school,” Michael Taylor, general manager for the Plymouth Meeting LEGOLAND, stated.

View more images of LEGOLAND below. 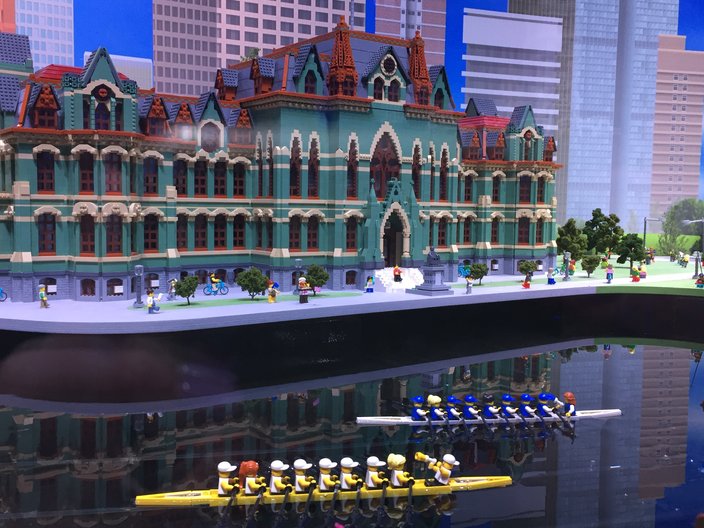 LEGOLAND has its own Schuylkill River. 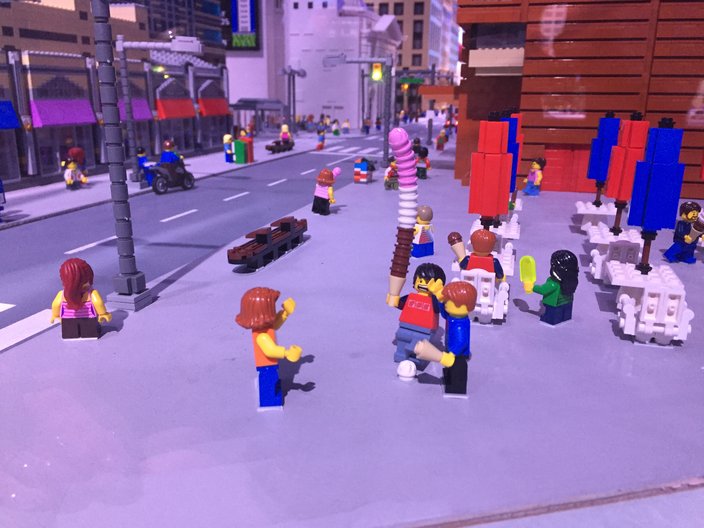 Look closely at the LEGO figurines in MINILAND. They each have their own personality. 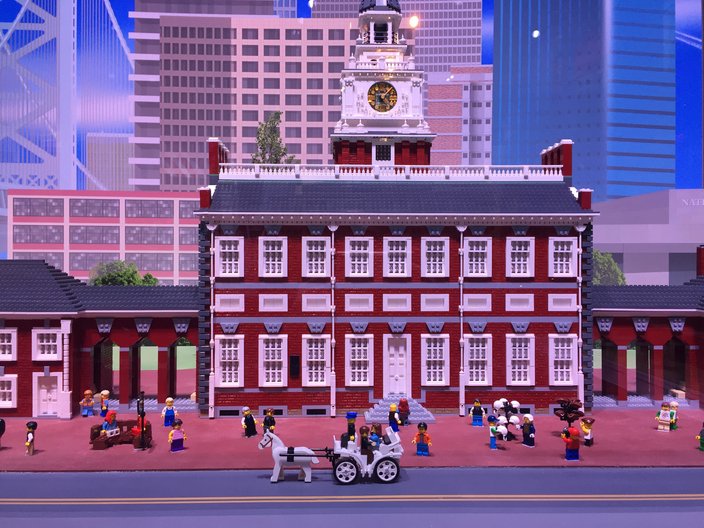 A replica of Independence Hall in Old City. 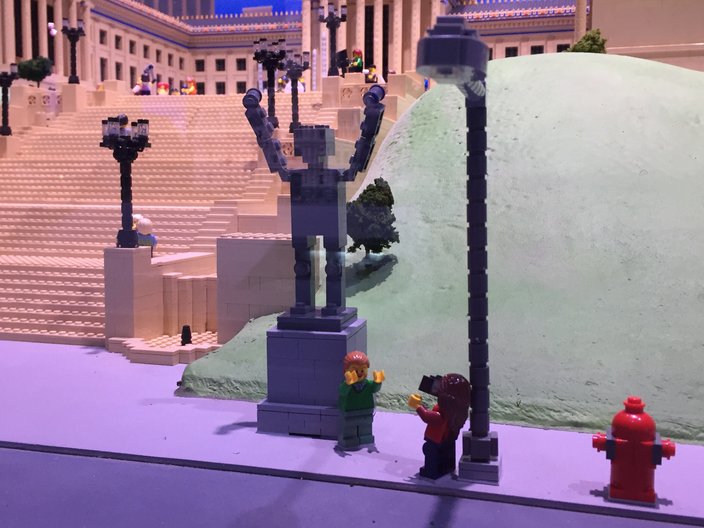 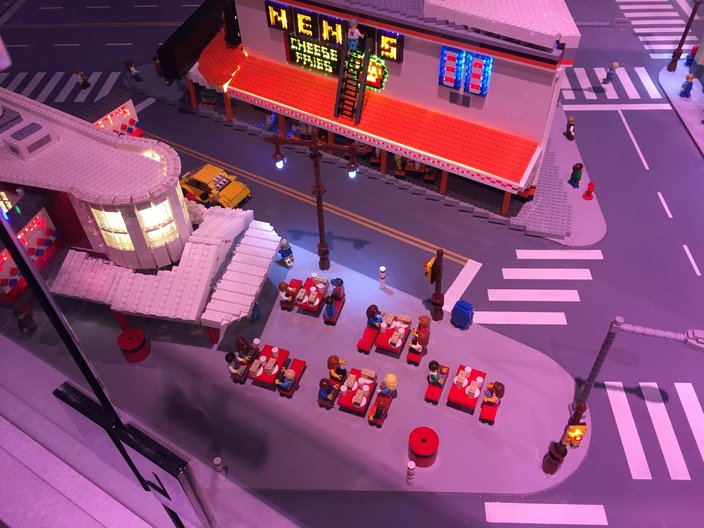 Anyone up for Neno's after a Phillies game? We wonder what LEGO cheese wiz looks like.