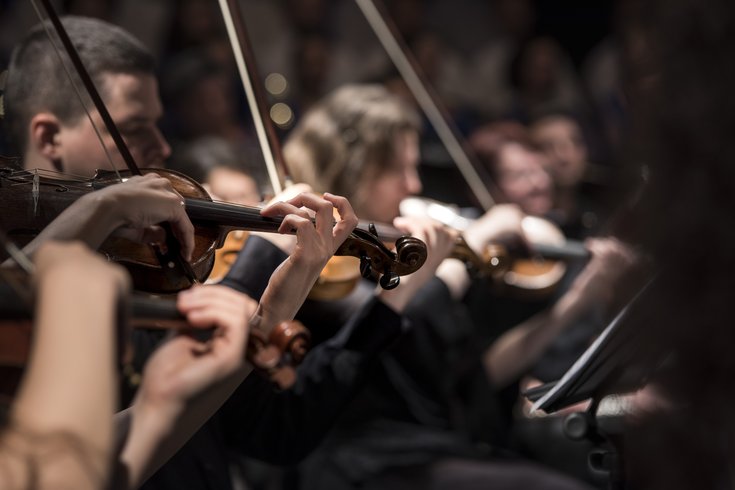 Akili Farrow is headed to play at some of music's most hallowed halls this year.

The Philly native and recent graduate of A String Theory Charter School in South Philly will attend the Royal College of Music in London this fall as a violin performance major and is making her debut (already!) at Carnegie Hall on Thursday.

Farrow has proven herself to be a gifted violinist during her time in school, putting herself on the All City Orchestra, Philadelphia Youth Orchestra and the National Youth Orchestra, the 74 million reports.

On Thursday, Farrow will perform at Carnegie Hall, led by the legendary composer Michael Tilson Thomas, with the National Youth Orchestra as part of the annual NYO-USA Residency.

The residency first brought Farrow and other young musicians to Purchase College campus, of SUNY, for workshops and rehearsals. Along with their trip to Carnegie Hall, the graduates will soon be visiting Taipei, Taiwan, Shanghai and Beijing in China and Seoul and Daejeon in South Korea, as part of the residency.

“Music wasn’t something that I was always interested in, it was just something that I was surrounded by as a kid,” Farrow told The Philadelphia Tribune. “My parents are from Trinidad and Tobago, so they would always play their native music around the house. When I would go back to Trinidad with my family, I would perform at Carnival."

There is not a shortage of impressive accolades stacked in favor of this young musician. To name a few: As part of the All City Orchestra, Farrow was named an All City Fellow and named runner-up in the PHL LIVE Center Stage 2016 city-wide competition.

She's even met some great Philly in-house musicians and composers, like the Philadelphia Orchestra's Yannick Nézet-Séguin, and credits her success so far to music programs like Musicopia, the Primavera Fund and Philadelphia Sinfonia for helping her become a musician, she told the Tribune.

You can watch her play here. And, I mean, she's pretty impressive.

Sibelius: Symphony No. 2 in D Major