Final film in 'Lord of the Rings' trilogy to be screened, accompanied by The Philadelphia Orchestra 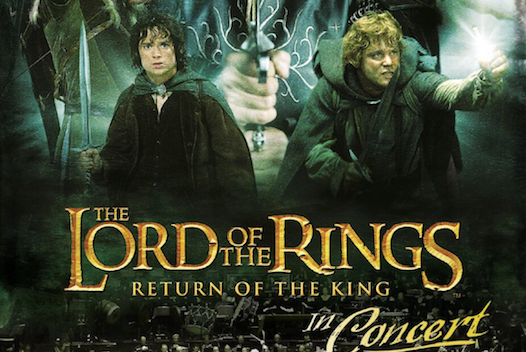 Courtesy of the Mann Center/PhillyVoice

The Mann Center will show "The Lord of the Rings: The Return of the King" with The Philadelphia Orchestra this summer.

The Mann Center is continuing its "Lord of the Rings" concert-movie series this summer. The last film in the trilogy, "The Return of the King," will be screened on June 24. Accompanying the film will be The Philadelphia Orchestra, playing the film's Academy Award-winning musical score.

The score is one of the most complex and comprehensive works in film music.

In "The Return of the King," Gandalf and Aragorn lead the World of Men against Sauron's army to draw his gaze from Frodo and Sam as they approach Mount Doom with the One Ring.

Doors open at 6 p.m. for the 7:30 show. Tickets start at $25 per person. Packing a picnic is permitted for this symphonic concert, whether on the lawn or in seats.

"The Lord of the Rings: The Return of the King" with The Philadelphia Orchestra