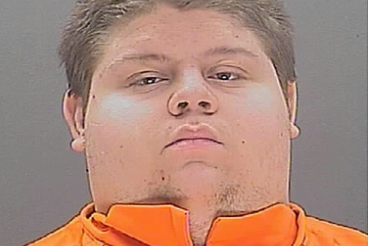 A Burlington County man allegedly posed as a male fitness model on social media to convince a teenage girl to send him naked photographs.

Prosecutors said Friday that Anthony Merletto, 19, of Brown Mills, was charged with possession of child pornography and two counts of endangering the welfare of a child for the illegal hoax.

Authorities began investigating in September 2016 when they were notified by Facebook about an account that had been flagged for possibly receiving child pornography images.

It was discovered that Merletto was behind the fake profile that portrayed him as a model. Merletto allegedly used the account to engage in sexually explicit conversations with other users, including a 13-year-old Texas girl who was coaxed into sending him several nude pictures of herself.

Merletto was denied bail and ordered to stay in custody under a reform measure that went into effect in New Jersey on Jan.1. Under the new law, defendants can be denied bail and held until their case is adjudicated if the court deems such action appropriate.

His case will now go before a grand jury for possible indictment.